Lights is a pop sensation in Canada. A talented singer/songwriter, she’s won the Canadian equivalent of several Grammy awards (called Junos) for her electropop singles and albums. She is so popular with teen audiences that when she walked onstage to present an award at the recent Much Music Video Awards, the 5,000 fans in attendance let out such screams, the noise was deafening. (My programmer Beth’s daughter herself screamed when she found out I was interviewing Lights). 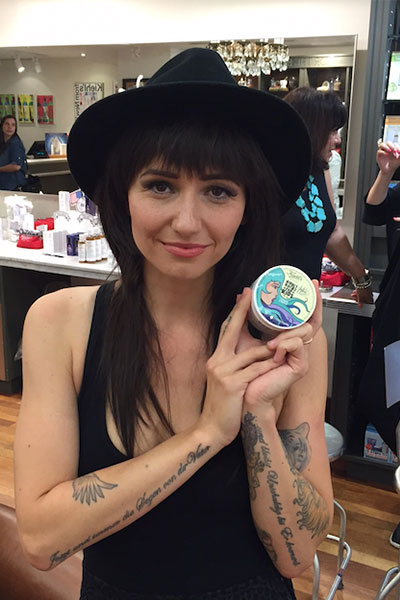 Born Valerie Anne Poxlietner in Timmins, Ontario, in 1987, she spent much of her childhood traveling the world with her missionary parents. She earned her name “Lights” from her last name Poxleitner and legally changed her name at the age of 18. Her popularity has much to do with her relentless touring schedule. She’s toured Canada, the United States and Europe basically non-stop from 2008 onward. In May 2010, she toured with alt-band Owl City. Unlike many other pop stars, Lights actually plays all instruments: synthesizer, guitar, piano and keytar. She writes her own songs. 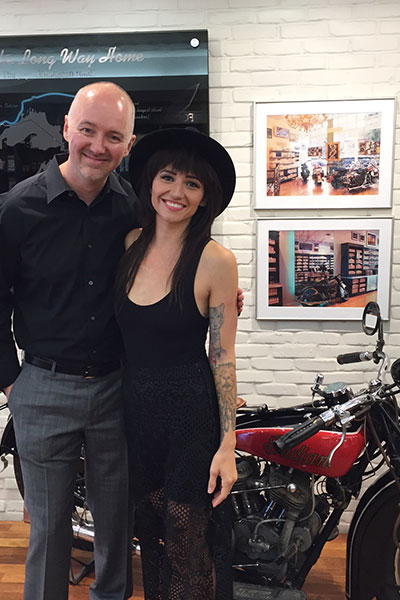 I meet Lights one morning in early summer at a Kiehl’s store in uptown Toronto. She’s here to promote a new charitable initiative she’s launched with the apothecary skincare brand to support MusiCounts, a music education charity that helps keep music programs alive in classrooms and communities across the country. It targets at-risk youth in particular and gives them a focus and direction for their creativity. Proceeds of the sale of a limited edition Kiehl’s Ultra Facial Cream will benefit the charity and hopefully contribute $50,000 in total. Lights even drew the illustration on the top of the jar. The limited edition cream goes on sale early September. 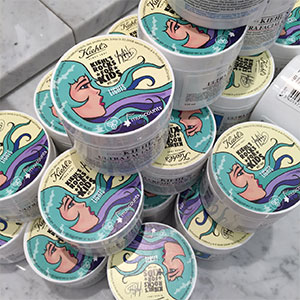 “As a kid, I wrote songs about everything,” she tells me. “When my boyfriend forgot to pick me up one night, I ran upstairs to my bedroom and wrote a song called ‘You never pick me up’. I must have driven my parents crazy. Everything that happened to me became a song.” She’s laughing just thinking of it. “Music really did save me growing up. Like so many teens, I faced depression and body image issues. It was music that got me through everything. That’s why I think supporting this charity is so important.”

“I go into what I call ‘the zone’ when I start writing. I’ll start playing guitar and singing for about 20 minutes and then I got to this amazing place. I let the songs and lyrics come naturally but I have to be focused. It’s during this time that all these ideas and hooks become cohesive and develop into a song. I’ll get a sense of something special when a song is right. It is intention and the right vibe.”

She says she tours all the time these days. “I live in Vancouver and my band lives in Toronto so I’ve only been home a total of three weeks this year. I’ve flown 50 days this year! It is almost easier to stay on tour and find your rhythm. The key to touring is to make it as much like your home as possible. When I’m in Toronto, I like to find a condo or apartment through Air B&B so I can have a kitchen and bedroom. But when I’m touring in a bus, I set up the bed like I would at home. I make it as normal as I can. As soon as I finish a set, I pop a movie in and relax on my bed. It becomes my home away from home.”

Aside from her favourite Kiehl’s skincare products, Lights always travels with her makeup essentials: brown eyeshadow, black eyeliner and a contouring kit. “I really believe you need to play up your best features so I love my contouring products. It’s all about eyes, hair and cheekbones with me,” she laughs. Her makeup style changes depending on the venue she’s playing. “Outdoor music festivals are much less forgiving so I really have to make sure my makeup is fresh and healthy-looking. If I’m playing a dark club, I can really play up the smoky eye or liner.” She says makeup for music videos is a completely different world. “I love shooting music videos because I can play all these different characters. We really have to over-exaggerate the makeup for the camera in order for it to read properly. What looks too much in real life, actually looks completely different on screen. So I’ve learned so much about makeup for video.” 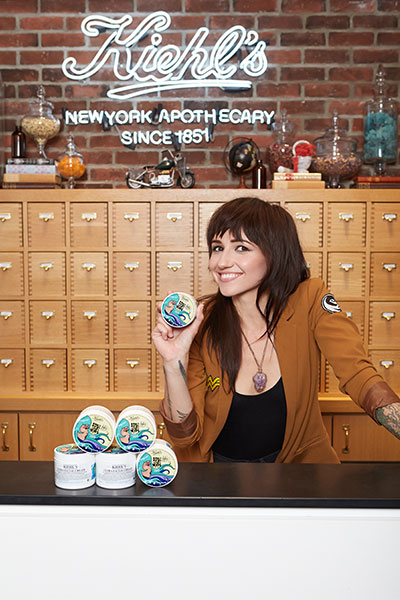 Social media plays an integral role in her career and her relationship with her fans. She has over 392,000 instagram followers and 610,000 on twitter. She shares behind-the-scenes pics from her recording sessions and her tours. “I’m on social media all the time. Whenever I’m waiting for transit or have a break in the day, I’ll tweet or instagram. My first interaction with my husband was on Twitter. But what I love most about it is I get instant feedback on what tracks are really vibing. I’m working on an acoustic version of my album ‘Little Machines’ and that idea came from fans on Twitter.”

When asked what the highlight of her career has been so far, she pauses and says, “This collaboration with Kiehl’s is right up there. It is so exciting to see your name on a product you love that goes to support something you believe in. I’m proud of that.” Of course, she did get an in-mention in her favourite video game World of Warcraft – that was another highlight.

“What would I like to say to my fans? My best advice is to stay true to who you are as a person and as a musician. It is so easy to be swayed today. If you have a vision, you can’t be moved off course.” And with that, she’s off to meet another group of waiting journalists.

Kiehl’s Rocks for Kids with Lights limited edition Ultra Facial Cream will retail for $57 at Kiehl’s counters across Canada starting in early September. 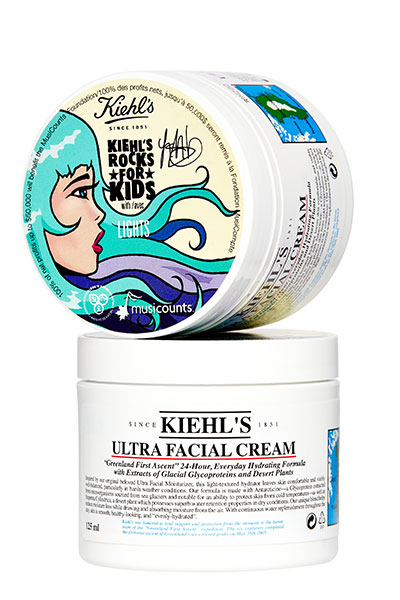