Supermodel Jasmine Tookes really has lived the American dream. Born in Huntington Beach, California, she grew up playing volleyball, softball and competing in gymnastics tournaments before being discovered in a showroom while accompanying her celebrity stylist mother on a job. She quickly landed ad campaigns for Gap and Ugg boots before inking a national campaign for DKNY. Oprah was so taken by her beauty at “Lincoln Center Presents: An Evening with Ralph Lauren”, she praised her buttery soft skin. By September 27th, she was named one of top 10 new models by models.com. 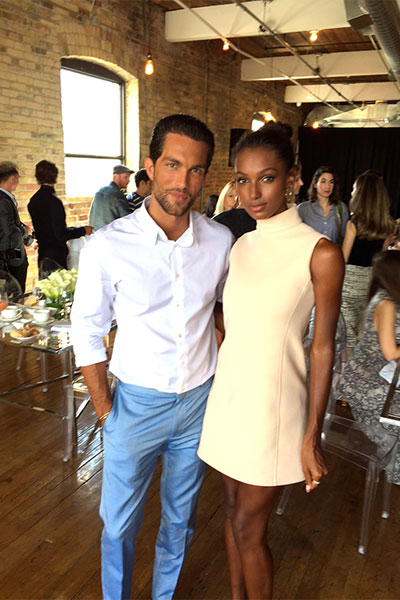 This month, Tookes and her model boyfriend, Tobias Sorenson star as the faces of Calvin Klein’s Eternity Now Campaign. The tv campaign and online video content follow the couple as they walk through the streets of New York, relax in their modern apartment and share romantic moments. In real life, the pair are quiet and thoughtful. Tobias is the more outgoing of the two. But Jasmine has a warm smile and brightens when I mention California. “I miss it so much,” she tells me. “I spend most of my time in New York now. It’s not the same. I hope to move back one day.”

When it comes to beauty, Tookes likes to keep it very simple and natural. “I use Cetaphil Gentle Cleanser and Vitamin E.” She even rubs an ice cube on her skin at night to close her pores. “I have one beauty rule: I never go to bed with makeup on.”

“I love fragrance. I love that I can change it up depending on my mood. My mother used to burn patchouli and sandalwood candles in the house so I grew up with those scents. My favourite flower is peony. And I really do love how fresh Enternity Now is.” 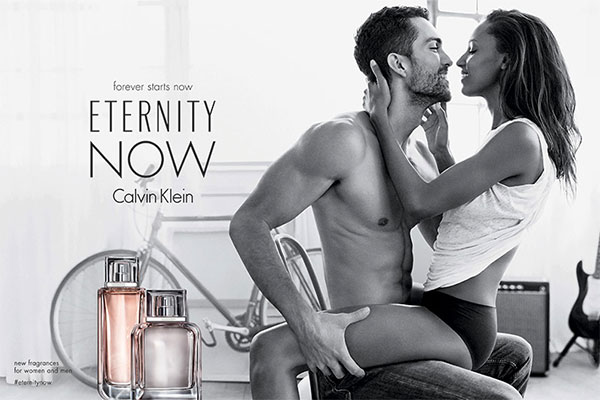 So how did the couple really meet? “It was at a nightclub,” laughs Tobias. “We have some friends in common and I was watching her for a while. I decided to introduce my self and ask for her number.”

“I was so nervous. I didn’t want to talk to him,” she says. “So I gave him the wrong phone number. As he was leaving, I caught him at the door and said I might have given him the wrong number.” 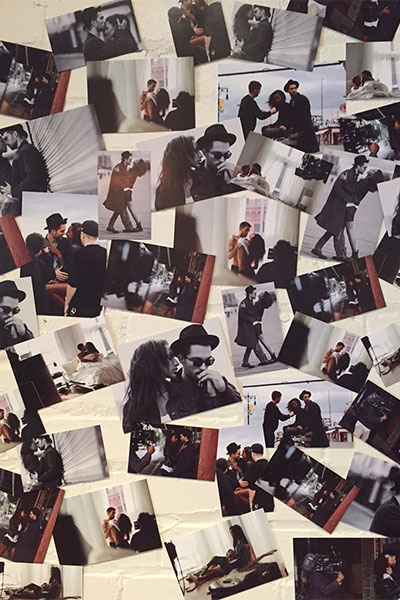 “I waited the proper three days to call her and we played telephone tag for two months,” he adds. “She was definitely playing hard to get. But once we met she basically moved in. We spend each day with each other. There was just something special between us.” 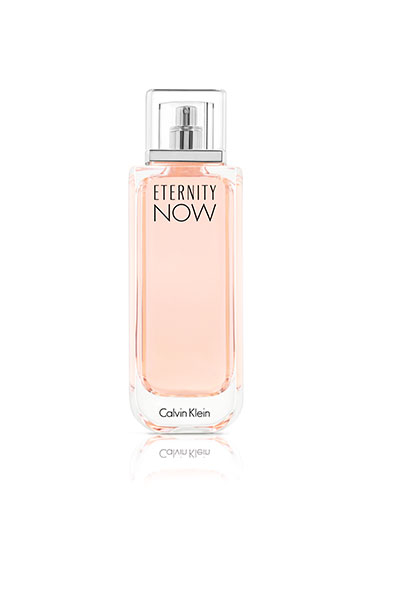 That connection comes through in the ad campaign for Calvin Klerin Eternity Now. The women’s scent is a sparkling and addictive floral with notes of quince sorbet, peony, peach blossom, neroli petals, cashmere and musk. The Oriental fougere for men is masculine and fresh with notes of star anise, coconut water, cedar, patchouli, Moroccan cedar, tonka bean and Madagascar vanilla. 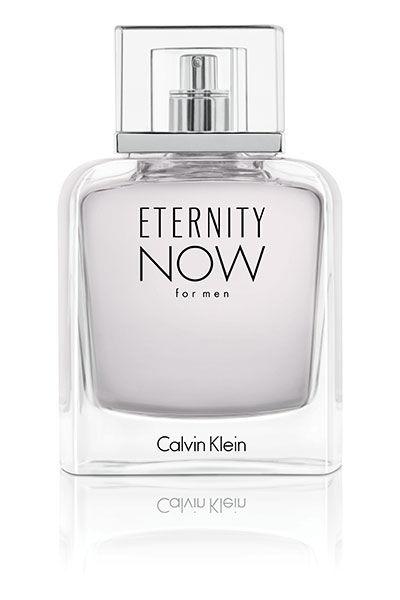