Lucky Bromhead wears a big scarf around her neck whenever she’s on set on the award-winning TV comedy Schitt’s Creek. It’s not because she’s cold. It’s that her laugh is so loud and infectious, she’s ruined more than a few takes. “I have to wrap my scarf around my mouth to muffle my laughing,” she says. It’s no surprise that Bromhead finds herself laughing throughout her day. She’s working with a handful of the most talented comedic actors of our generation: SCTV alumnae, O’Hara and Eugene Levy, newcomer Annie Murphy and MTV veteran Dan Levy. “I’ll be working on Catherine at 5:00 am in the morning to prepare her for a scene when we will start laughing hysterically. Eugene will look over and say, ‘What could possibly be that funny at 5 am in the morning?’ That makes us laugh even more.” 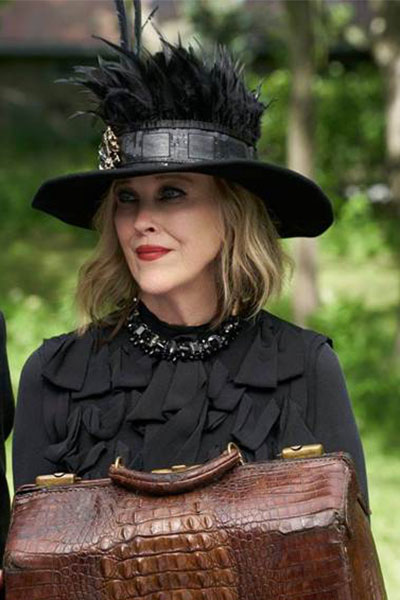 For those of you who have never watched Schitt’s Creek, it is a TV sitcom that follows the misadventures of Johnny and Moira Rose, a wealthy couple who are forced, after losing all their money, to move into their only remaining asset, a seedy motel in the small town of Schitt’s Creek. They live there with their two adult children who live in an adjacent room. Moira was a former soap opera star who parades around town in avant-garde clothing and massive sunglasses. Dan Levy, who plays the son, has a part-time job at the Blouse Barn, in nearby Elmdale. It’s hysterical.

“When Catherine and I initially discussed the makeup for her character of Moira Rose, the idea of a woman who spent her days shopping at designer’s ateliers and frequenting avant-garde art galleries by night came to mind.  We decided that, like Anna Wintour’s hair, Moira’s makeup would be a defining element to her look and wouldn’t change too much.  You may notice that Moira even tends to sleep with her makeup on, even though she (of course) would cleanse with luxury skin care when the mood takes her… it’s one of the ways she desperately hangs on to the wealthy, society darling and fashion powerhouse she once was.  Moira probably was influenced to do a smoky eye by an exotic woman she once saw in a marketplace in Morocco or a speakeasy in Tel Aviv.  We keep her skin pale as most of her socializing has been done at night.  My favourite thing about Moira’s look is her lips.  Red was the obvious choice to suit a confident, stylish woman. We dramatically re-shape the lip sans cupid’s bow, and, to me, it really puts the finishing touch on the fabulousness that is former actress, forever fashionable Moira Rose,” explains Lucky. 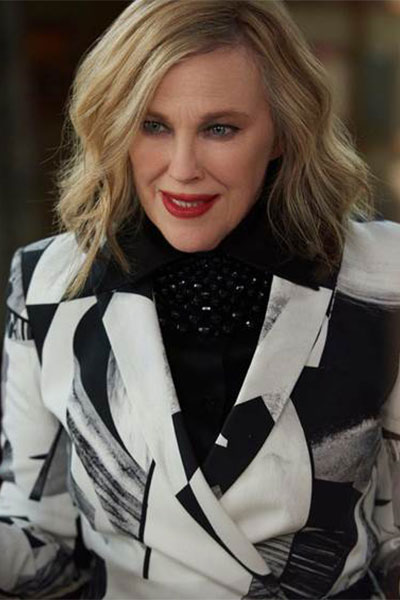 Creating the makeup look for a TV character is a collaborative process that begins with Bromhead reading the scripts to get a good understanding of the character. She then sits down with the actress to discuss the look. “More often than not, we build on the details – who we see this character as and the first impression she makes.” Her number one rule for TV makeup is ‘if it doesn’t look good to her eye, it won’t show well on High Definition TV screens’. “The old tricks Hollywood makeup artists used on screen stars doesn’t work with the new technology. Skin has to look like skin. It can’t look like cakey foundation.”

It’s not surprising to learn that good onscreen makeup starts with great skincare. Lucky says prepping the skin is so important that she’ll send her stars for facials and send them home with a full collection of skincare products. Hydrating masks can dramatically improve the condition of skin – especially when an actor has been on set for 18 hours. One of her favourite products to use is jelly eye masks applied under the eye to hydrate and soothe. She always applies eye makeup first and the masks prevent any fall out from the eye makeup dropping onto the skin. “I not only take selfies with my iPhone for continuity, but to check my symmetry. I can make sure the makeup is perfectly balanced.” And what is her best onset makeup tip? “I think peachy lip colours work on almost every skin tone. They are my go-to shades. You can choose soft peaches to vibrant versions. I find blue-reds can often be too harsh.” 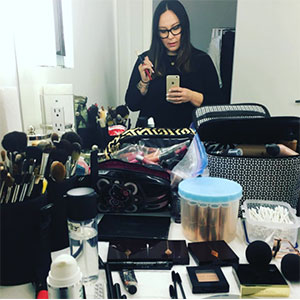 Lucky has perfected her career skills over a 20 year-period including a stint as a MAC Cosmetics trainer then transitioning into TV production makeup and working with celebrities. She was head of makeup at MTV Canada where she met Bono and The Edge. “They are so incredibly normal. I know their energy changes on stage, but off stage they are very humble.” She also donated hours of her time to work backstage at Fashion Cares for more than 20 years benefitting the MAC AIDS Fund. “It’s been one of the highlights of my career – seeing the passion and fantasy environment come to life.” 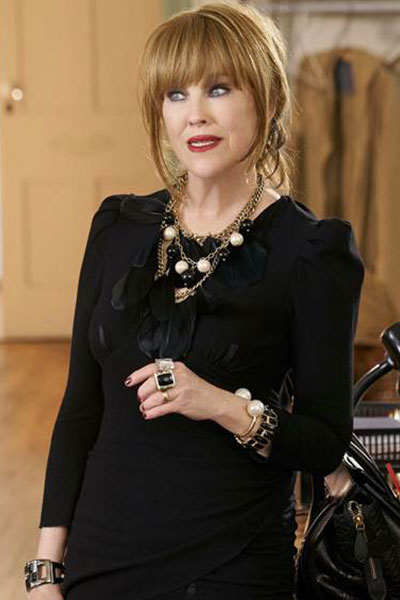 To give you an idea of the number and type of products Lucky Bromhead uses when making up an actress, here is a list of the items she uses to make up O’Hara as Moira Rose. 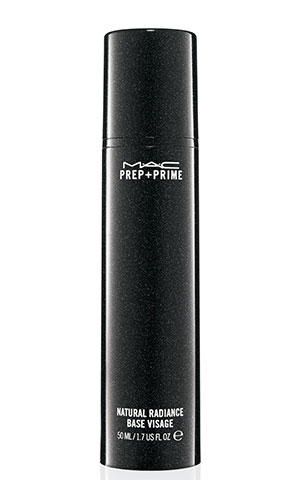 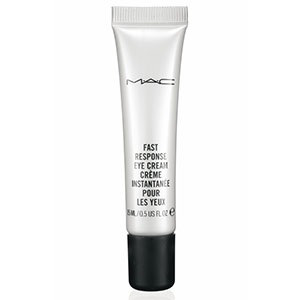 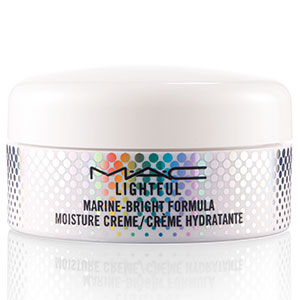 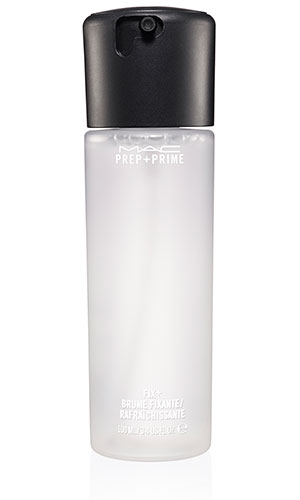 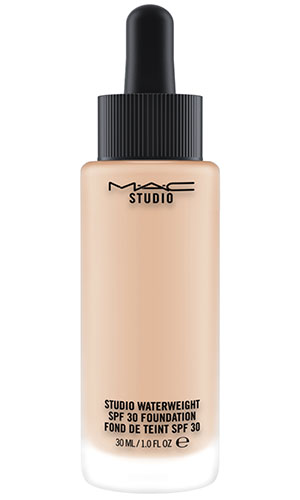 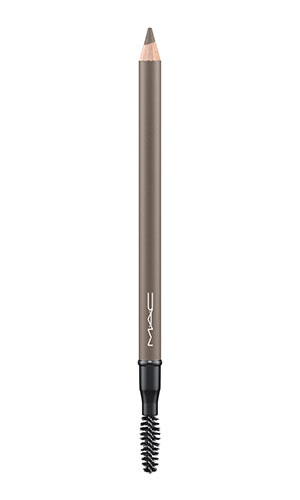 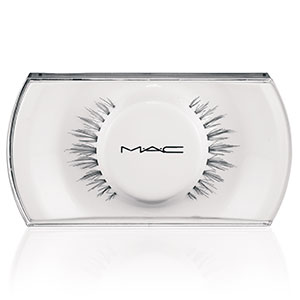 M·A·C Cosmetics Technakohl Liner in Broque and Metalhead, (tight lined to the upper eyelid and in the waterline on the bottom lash line, then smudged) 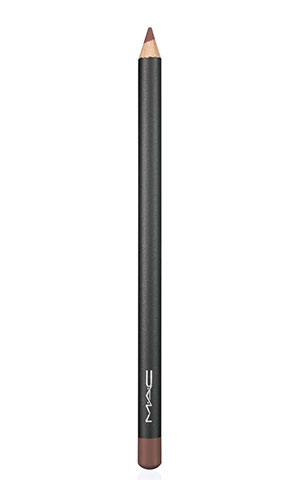 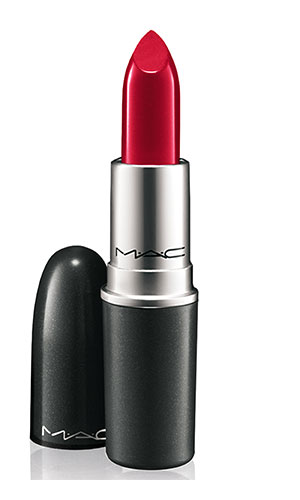 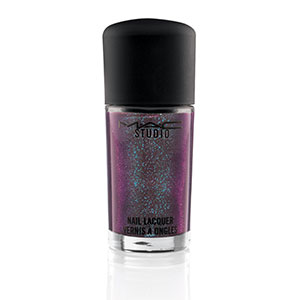 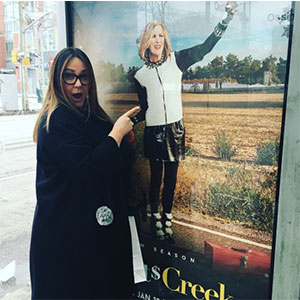