Kiesa Rae Ellestad, best known as Kiesza, is a 28-year-old Canadian singer-songwriter whose bouncy dance single “Hideaway” shot to the top of the dance charts around the world in 2014. The infectious song, with its looping “oooh” and “ahh” chorus was brought to life with one of the best-choreographed dance videos in recent memory. She, and a troupe of dancers walked and danced through North 12th Street in Brooklyn, New York, in what appeared to be almost one long take. Not since early Madonna concerts has there been dancing this precise and energetic. Rolling Stone magazine called the style ‘impressive’ and the single debuted at number one on the UK Singles Chart on April 26, 2014. What’s more impressive is she learned the choreography in just three days and then broke a rib while shooting the video. 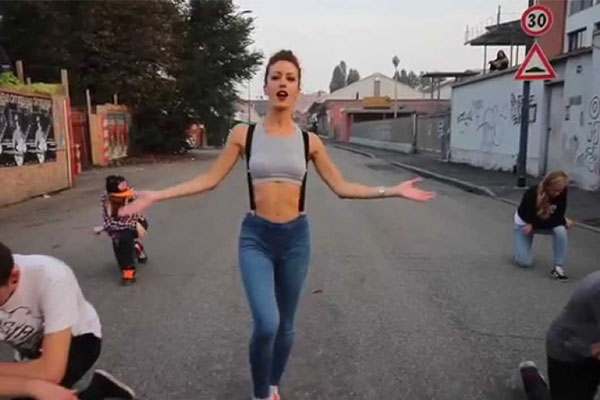 The global success sent the pop star on a worldwide tour including music festivals where she was a fan favourite. But while we know her in front of the microphone, Kiesza had developed a successful career in Los Angeles as a songwriter. She co-wrote and appeared as a guest on Duran Duran’s album, Paper Gods. And she wrote several songes for Rihanna. She even collaborated with Skrillex and Diplo on the song “Take You There”. 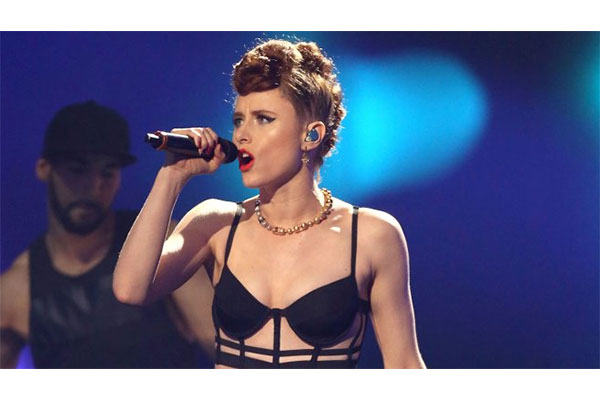 With such early success, it is surprising to learn that she didn’t pick up a guitar until later in life. A knee injury at the age of 15 ended a promising career in ballet. But it spurred a newfound love of sailing – so much so that she joined the reserves of the Royal Canadian Navy. It was on sailing tours that the crew would all gather on deck after dinner and sing. These singalongs is where she discovered her voice and when she taught herself to play guitar. Songs and lyrics started pouring out of her and she would spend much of her time writing down what she heard in her head. Success soon came after. 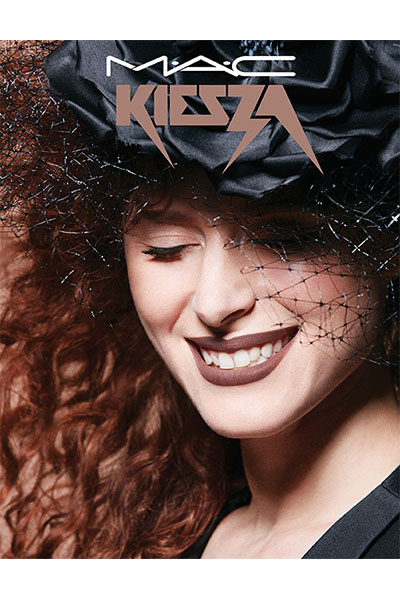 Most recently, the singer-songwriter collaborated with MAC Cosmetics on a capsule collection that steps away from her signature bold red lip for a fresh take on brown. I recently spent some time with her on a quick visit to Toronto. 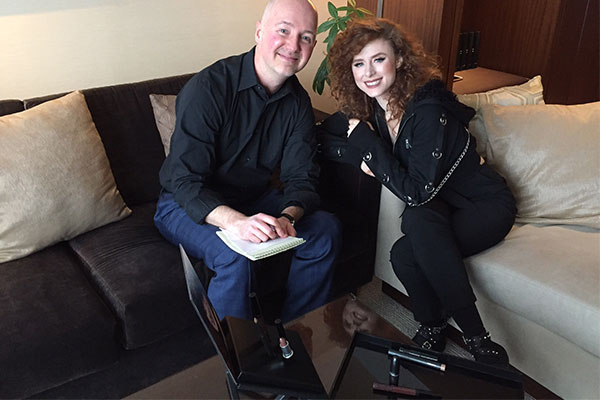 The Kiesza Interview: In her own words

If I work in the morning, it is all very sequential things. It’s less creative in the morning. I think that is a classic with artists – we’re just more creative at night. I will literally work from 1 am to 6 in the morning. I’m a crazy night owl. I can work during the day, but I get my more abstract ideas in the night. There’s like this fine balance between being just a little bit tired and too tired. There’s this window between the two where you find these abstract, crazy ideas. I try to find that space and I can feel when I get it now.

I don’t know when I’m writing a song whether it will be a hit or not. You get a sense. I knew I was onto something when I wrote “Hideaway”. I had never had anything commercially successful for myself before that. I had written hit songs for others. But I had a sense this one was special. The thing about music is it is always shifting. Society dictates what becomes a hit. Depending on what is going on in the world at that moment can influence whether a song is a hit or not.

Music is like fashion. Different sounds go in and out of style. Maybe you’re in a rock band but maybe track music is suddenly in. It doesn’t mean your song wouldn’t have been a hit, but maybe it doesn’t fit in this year.

Hideaway was just perfect timing. House music has gone through phases – it started in Chicago then it went to Europe where it exploded. UK house music at that time was taking off. When I wrote Hideaway, it didn’t sound like what everyone else was doing exactly, but it still kind of fit in with the trend. Even the song structure isn’t typical. But somehow it all worked together.

I only had three days to learn the choreography for Hideaway and only one rehearsal with each group of dancers.

One of the hardest things about touring is that it is one of the most expensive things for an artist. You don’t realize how much money it costs until you start budgeting flying 12 to 14 people around the world with you and there are all the people behind the scenes. I’m always trying to find ways to fit in more rehearsals. 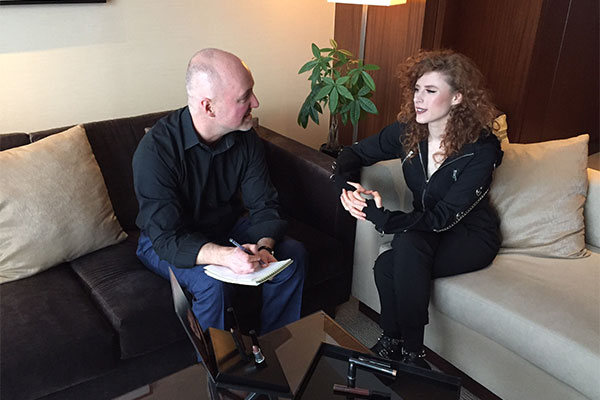 My best life advice for anyone starting out in their careers is to be fearless. You have to be fearless. Don’t worry about what people think of you because honestly it doesn’t matter. There are billions of people on this planet and what matters is that you like what you are doing and that you are happy with yourself. And honestly, the one thing I’ve learned is that confidence sets the bar for everything. If you are happy and confident and love the way you look and your style, you will be successful. It’s the way you carry yourself that people really pick up on. If you are wearing some really kind of out-there outfit or makeup style and you walk around embarrassed, people are going to pick up on that. They’re going to think to themselves that if they wore something like that, they’d feel embarrassed too. But if you walk around feeling confident and being bold and saying “this is me and I love it”, then they are going to think to themselves, “maybe I should try that too.” A confident attitude sets the foundation for everything. Wear it. Love it. Own it. I wear things all the time that people say, “I can’t believe you’re wearing that”. But then the next week, they are wearing the same thing. I’ve learned people are kind of resistant to change at first. But once they’ve seen it a few times, they warm up to it.

When I perform live, the products I use are very important: I always wear waterproof makeup. When I play clubs the lighting is more intense so I have to wear more foundation than I would playing an outdoor festival. And clubs are often hotter so I have to be doubly sure that the makeup isn’t going to melt off my face. I tend to eat the microphone when I’m performing so the lipstick has to stay on. The colours I choose have to be a little bolder because the white lights can wash them out.

The most interesting person I’ve met in my career is Stevie Wonder. It was just breathtaking meeting him. It is just a different dynamic. Because he can’t see you, he just grabs your hand and he holds it while he talks to you. He holds your hand so close as if you are family member and it almost just stops your heart. Because you just never do that with people. It’s so wonderful. And then he starts talking and he’s just so full of wisdom and so happy. He writes and performs his music from his heart and his soul. Music is a spiritual journey to him. I felt enlightened just sitting next to him. He’s such a legendary performer it was just very, very special meeting him.

I’m probably best known for my bold red lip, but I did wear a lot of black lipstick this past year. And then suddenly I stumbled across a MAC lipstick called “Photo”. It’s a brown and they didn’t have tons of browns at the time. I thought to myself, “This is amazing! Brown!” I immediately started wearing browns and I realized that you can wear browns with everything. Even if you think they won’t go with vibrant neon colours, they do. Brown is almost a nude shade when you think of it because they kind of tie-in to skin tone. It works with darker skin and lighter skin.

I wanted to make a really practical lipstick. My starting-off point for the collection was MAC lipstick “Photo” but I wanted a brown with more rose to it. So I told the team what I wanted and they came back to me with a number of formulas. I tried them all and we came up with this colour which I love. This brown looks more natural to me. Lipstick has a tendency to wear off throughout the day and by having a rose undertone, it fades to a more natural colour. You don’t have to worry as much about reapplying it. And I wanted a shade that worked for everyone’s skin tone. I haven’t found a person it doesn’t look fantastic on which I’m ecstatic about.

At night, I want to go bolder and darker with my lip colour which I why I created this shade of lip gloss. I kind of morph into my night personality. (laughs) I throw on punkier shoes and shiner jackets and grab my gloss.

My favourite city to go clubbing is New York City. The New York underground scene is classic. But I actually fell in love with Toronto so much I got a place here. I’ve been living here and loving it. Every city has something great about it. You just have to find it. 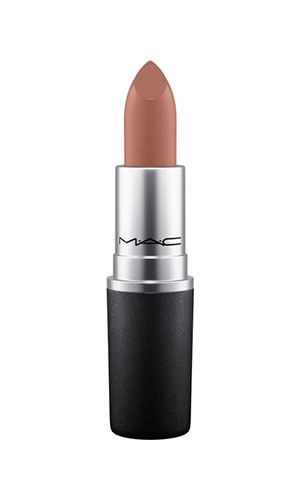 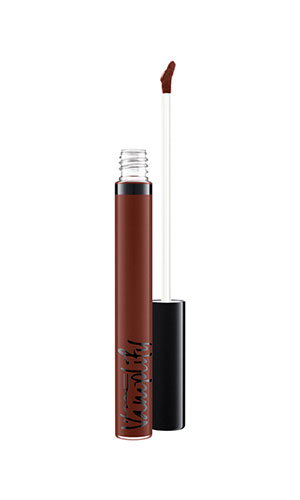 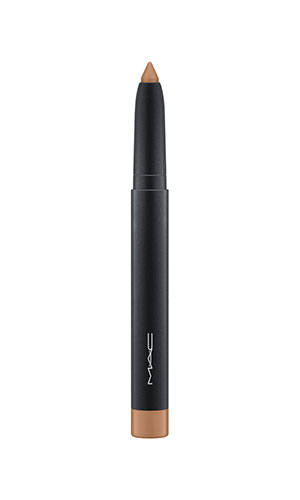 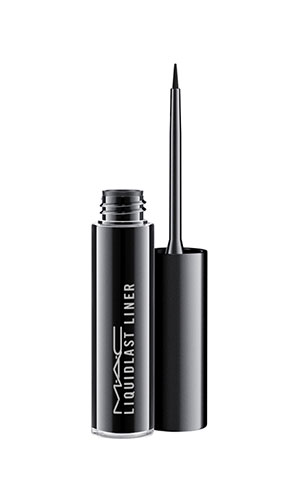 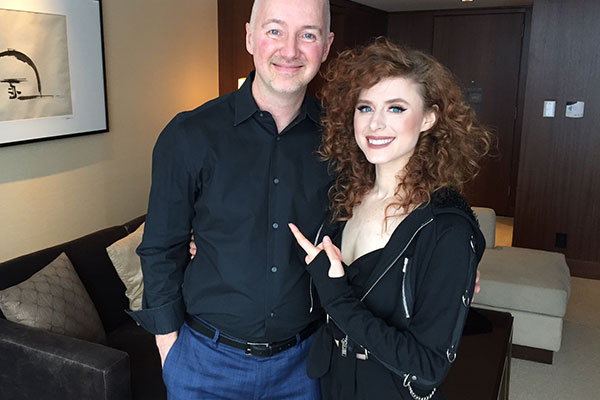 MAC Cosmetics is available in Canada at select Hudson’s Bay stores and thebay.com