Hermes’ Master Perfumer Jean-Claude Ellena is a national treasure in France. His expertise and artistry within the world of fine fragrance is unrivalled and his humble nature charms everyone who meets him. Spend a few moments with him and you’ll be taken by his passion for his craft. He’ll describe the scent of a rare rose at the first light of dawn and explain how the cool breeze and dew affects its wondrous scent. In 2003, Jean-Claude began a journey of the world’s gardens that resulted in the exquisite Un Jardin en Mediterranee. Buoyed by its success, Ellena began traveling the world with his note book and camera. Un Jardin sur le Nil and Un Jardin sur le Toit soon followed.

A long admirer of the harmony and rigor of Asia, the perfumer most recently traveled to China where it is said, “life begins the day you start a garden.” He discovered dozens of unique gardens all speaking the same language of fluidity and precision. It’s the same approach he uses when creating a new scent for the French luxury house. Inspired by what he saw, he approached designing this scent by creating his own garden. He imagined a retreat in which to converse with oneself and with others, and to honour one’s ancestors. 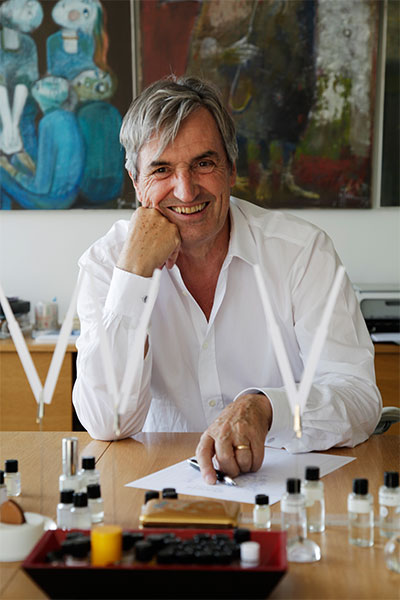 And since a Chinese garden remains unfinished until every element, be it pond or pavilion, has been named, this new garden-fragrance is called Le Jardin de Monsieur Li.

“I remembered the scent of the pools, of the jasmine, the wet stones, the plum trees, the kumquats and the giant bamboo. It was all there, even the carp in their pond, taking the time to live to a hundred. The Sichuan pepper bushes were as thorny as roses and the leaves gave off a lemony scent. All that remained was to compose this new garden, one which contained all the others.” – Hermes Master Perfumer Jean-Claude Ellena

Look closely at the bottle design and you notice a detailed creation by Chinese contemporary artist Li Xin. He created a series of paintings for Hermes, one of which was chosen to envelop, like gift-wrap, the bottle containing this scent. 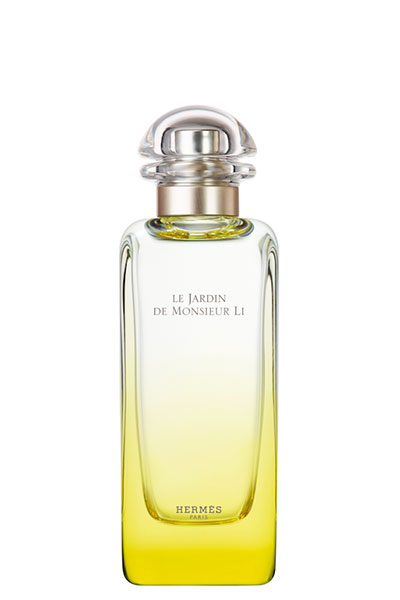 I gave away a bottle of Le Jardin de Monsieur Li. Valerie Rawlings told me in a blog post comment below if she’d ever worn an Hermes fragrance.