Armani’s Beauty Muse! Italian fashion designer has a new beauty muse. And she’s Canadian! Actress Sarah Gadon has been named the international face for Giorgio Armani Cosmetics and she’s sweet, engaging and a true beauty enthusiast. I had the pleasure of attending a special breakfast at the Four Seasons Hotel recently where she chatted with beauty editors and shared a few insider stories on what it is like to work with one of the world’s most accomplished and demanding designers.

So who is Sarah Gadon? I’ll admit, I didn’t know of her work before the meeting. She was born April 4th, 1987 and spent much of her adolescence training as a Junior Associate Dancer at the National Ballet School of Canada and attending Claude Watson School for the Performing Arts. After graduating high school, she studied cinema at the University of Toronto where she made the Dean’s Scholar List in the Faculty of Arts. In her spare time she still practices ballet and hip-hop. 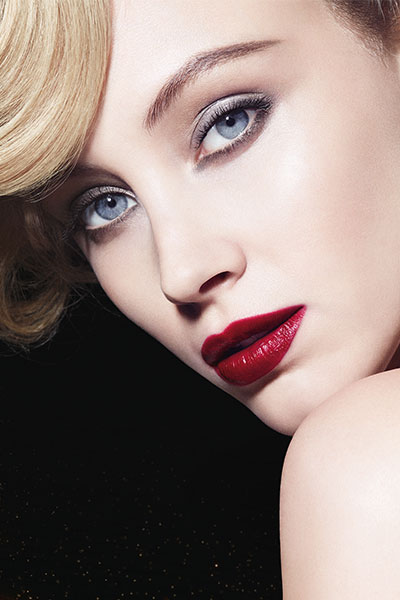 You can say that she owes much of her fame to her work with famed Canadian film director David Cronenberg who cast her in three consecutive films: A Dangerous Method (2011), Cosmopolis (2012) and Maps to the Stars (2014). She also worked with David’s son Brandon Cronenberg in his film Antiviral (2012). Her performances were so memorable that she accepted the Birks Canadian Diamond Award by Telefilm Canada to “recognize the accomplishments of up-and-coming Canadian talent who allow our country to be celebrated on the international stage.” She will appear opposite James Franco in a mini-series version of Stephen King’s 11/22/63 and with Fan Bingbing in the action feature The Chopper. 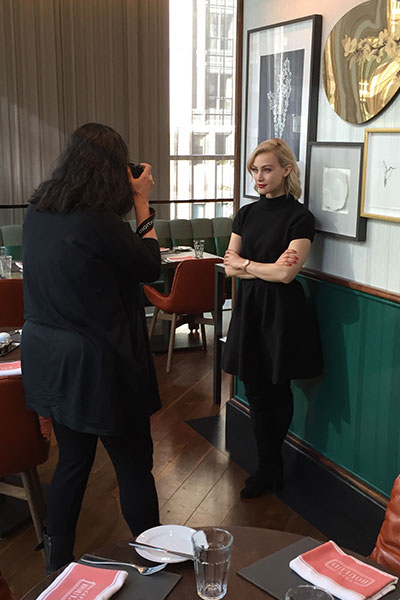 Despite these accolades and accomplishments she is unaffected by the fame and is friendly and outgoing. When I ask her how she came to be the face of Armani Beauty, she tells me that it was in the works in Paris. “My agent in Paris had submitted my photos to the Armani team in Milan but I honestly didn’t know about it. I remember I was shooting a film in Belgium until 4 am the night before I had to fly to Cannes for the Film Festival. I had selected a dress from another designer brand a week earlier but that morning got a call that a famous actress had decided to wear the same dress. I had had no sleep and started to cry. My agent called me and said to get on a plane to Milan and go directly to Giorgio Armani’s offices. You walk in the front door and descend this big staircase and there before you are rows and rows of the most beautiful couture gowns you’ve ever seen. It was breathtaking. They were so sweet to me. They kept bringing out gowns asking if I liked any of them. I chose a blue dress and they immediately fitted it for me. Eighteen hours later I was on the Red Carpet in Cannes wearing a Giorgio Armani Prive gown. Apparently, Mr. Armani saw me wearing his dress and that was it. That is often how it works in Hollywood.”

“When I got the call that Mr. Armani had chosen me to be the international face of his beauty line, I started screaming and running around my apartment.” – Sarah Gadon

“Being invited to the 15th anniversary of Giorgio Armani Beauty in Milan was surreal. Mr. Armani did a little dance with me and twirled me around! Who can say they’ve been twirled by Mr. Armani? I got to meet Tom Cruise. And Tina Turner. She told me her feet hurt from wearing high heels and I told her that I think people expected to wear heels.” She says there is always a flurry around the designer. “There are always people saying ‘Mr. Armani likes this. Mr Armani doesn’t like this. They know him well. He’s definitely the patriarch of the company.”

I can honestly say I’ve never met anyone more photogenic than Gadon. She’s very petit and beautiful with a great smile. She doesn’t take a bad photo. “I’m secretly obsessed with Maestro Foundation. It has this dry oil feel to it that feels beautiful on my skin. Linda Cantello, Armani’s International Makeup Artist, used it on me when we were shooting the last campaign. It’s the only foundation I use whenever I am on camera now. That is because I need a foundation that gives me good coverage but looks natural. And it lasts! I’m often on set for 18 hours so the product has to have staying power.” 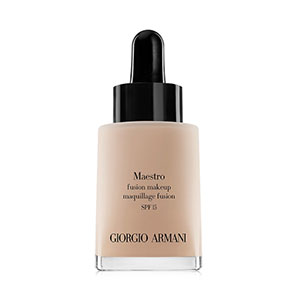 “I wasn’t an eye makeup person before I got this job,” she continues. “That’s because I didn’t really know what to do. Linda showed me ten different ways to use the Maestro Eyebrow Gel and I’m addicted. 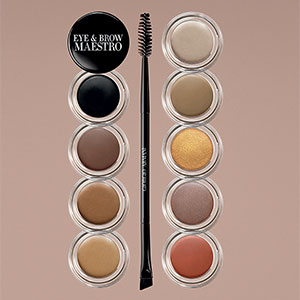 ” She then lets it slip that she has the new lip lacquers in every shade. “My favourites at #400 and #602.” She says the most interesting part of working with Cantello, one of the world’s top makeup artists is that when she applied the lip lacquer, her eye makeup would ‘pop’. It is finding the right shades that really compliments your colouring and features.

“I’d say my other can’t-live-without product now is concealer stick. Linda actually used more concealer on me than foundation. It’s about placing the makeup where you need it and allowing the rest of your skin to really show through. That is such a good beauty tip.”

And with that, our breakfast is over and she disappears upstairs for some TV interviews. But not before graciously posing for photos. Sarah is as beautiful inside as she is outside. 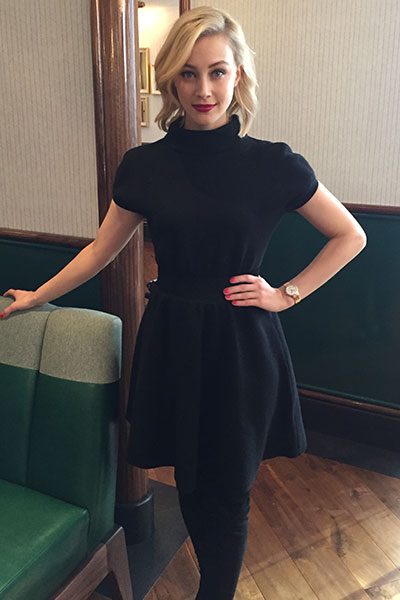