In the world of celebrity makeup artists, Bobbi Brown reigns supreme.  Twenty-one years since launching a capsule collection of 10 brown lipstick shades, the down-to-earth beauty entrepreneur’s cosmetics empire has grown to encompass makeup, skincare and fragrance sold in over 56 countries and 1,000 stores. (She sold the company to the Estée Lauder Companies in 1995, but still retains creative control.) She’s created Vogue covers, made up the Rolling Stones and now sits on one of President Obama’s most prestigious committees. Bobbi recently sat down with Dave Lackie to discuss makeup, rap music and why her father remains her hero. 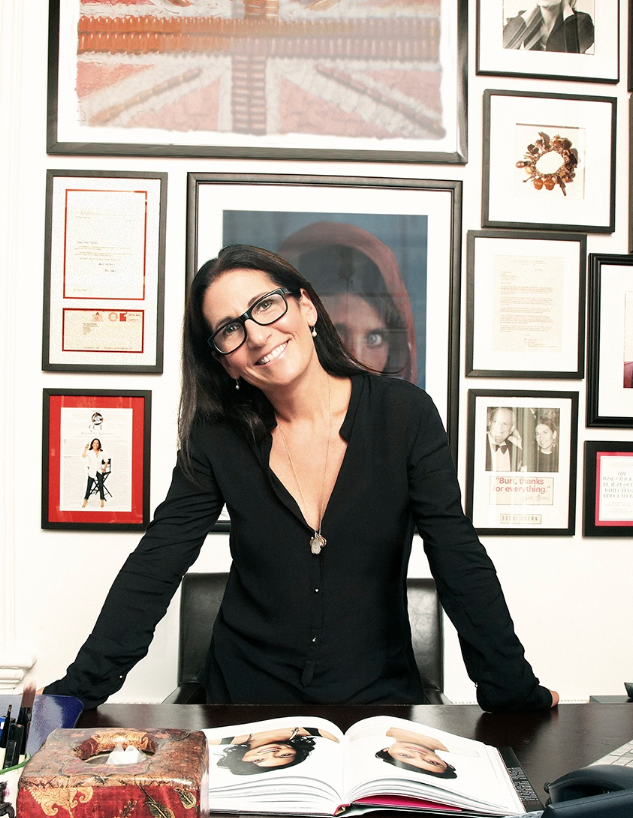 Bobbi in her office.

Bobbi in her own words:

My secret passion is rap music. Last year, I actually got up on stage to dance with Flo-Rida. I think it was the most fun I’ve had in my entire life. I remember hearing my name called and before I could think, I jumped onstage.  In my mind, I’m a 25 year-old black man. In reality, I’m a 55 year-old Jewish woman.

My ultimate rap playlist includes: Hypnotize by Notorious B.I.G., Stronger by Kanye West, Right Round by Flo Rida, In Da Club by 50 Cent and We Trying To Stay Alive by Wyclef.

I would never consider appearing on Dancing with the Stars.  My kids make fun of my dancing enough already. 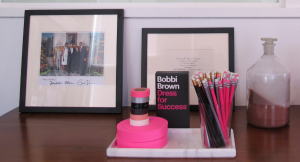 My regular Starbucks order is a grande low fat cappuccino.  But I always start the day with a Nespresso.

My all-time favourite shade of gloss is still “crystal”. I sometimes dab it on my eyelids and will use it on my cheeks.

I once went on the Today Show without any makeup to show viewers how to get made up in less than five minutes. I got more viewer emails for that segment than any I’ve ever done. I think the most nerve-wracking segment has to be when I took the Today show to my 30th high school reunion.

I come to work without a stitch of makeup on.  I’m not wearing any makeup right now.  I’ll put a little on later in the morning.

Tony Randall was my first celebrity makeup job. He couldn’t have been sweeter.  I told him that I grew up watching the Odd Couple with my grandmother.  I asked him if I could take a photo for my grandmother and he signed it, “Dear Min. Don’t smoke.”  I told him that she was a smoker and he was very involved in an anti-smoking campaign. I still have that photo.

I just received an honorary doctorate from Emmerson College where I went to school and now sit on the Board. I give graduating students five things to remember.  If you’re anything like me, you can’t remember more than that anyway. The first is to be thankful. Thank your parents for your life. The second is work really, really hard. But do something you love so it isn’t really work. The third is be healthy.  Eat and drink things that make you feel good. The fourth is be nice to everybody.  You never know what someone is going through. And the fifth is to get a waitressing job so you can pay your rent. 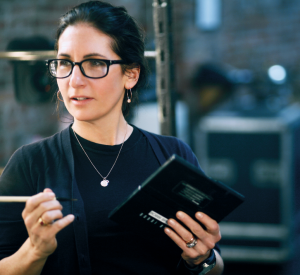 My first cover job for Vogue was with Naomi Campbell.  She was nice to me. But I can tell you one thing: she hasn’t changed a bit. She’s exactly the same as she always was. Enough said. 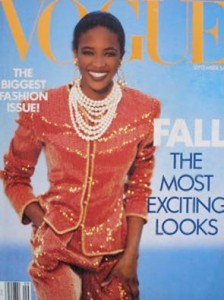 I’m a health nut and opened my own gym in Montclair, New Jersey where I live. I now work out three times a week with a trainer lifting weights. I was spinning and running and just not getting the results I wanted. But I find my clothes fit better since I started lifting weights.

My vices are vodka and chocolate.

I sit on President Obama’s Advisory Committee for Trade Policy and Negotiations. I had done a couple of fundraisers for him and had been to the White House for dinner several times.  And I had helped out Michelle on a program to empower young girls. One day, Ambassador Ron Kirk called me and said President Obama wanted me to sit on this committee. I giggled and said, ‘Yeah, right.’  He said, ‘no’, you’re a very successful businesswoman who sells around the world. So we meet four to six times per year and offer advice. It’s a lot of reading.  We actually have a meeting next week.

The charity that is really rocking my boat right now is called Broome Street Academy.  It’s a high school in Soho, New York for homeless youth and foster children. They can go there for anything they need: socks, food, training. It was founded by the most incredible woman, Liz Murray. She wrote the book Breaking Night: A Memoir of Forgiveness, Survival, and My Journey From Homeless to Harvard. It’s required reading for anyone who joins my company.

My all-time favourite shade of lipstick is the very first one I created. It was called “brown” and became our number one shade after 10 years.  One day, I stopped wearing it and then realized that the color had changed. So I brought back the original shade and called it “brownie.”

My father to this day remains my true hero. He always taught me that anything is possible and to dream big.  He was an attorney for most of his life and when he retired on his 70th birthday, I found an old manuscript he had written for a children’s book.  I had it published and sold in bookstores as a birthday present.  I walked into a bookstore with him and showed him his published book. It was one of the most incredible moments of my life. Since then, he’s written six books and he spends three-to-four days each week reading to kids. He even has a Facebook page now. He’s taught me it’s never too late to follow your dreams. 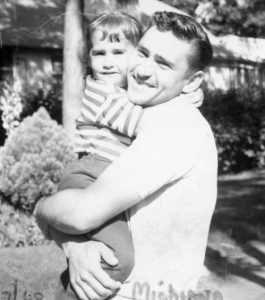 My favourite movie is Love Story.  Ali McGraw was such a big inspiration for me growing up because everyone on TV was blonde.  Ali had dark hair and dark eyes and I had a role model. When I turned 50, Ali called me on my birthday. She had read that I considered her such an inspiration growing up.  We’ve spoken several times on the phone and I really want to visit her in Santa Fe.