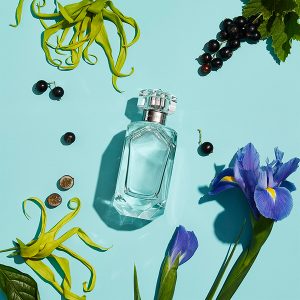 Few brands can be identified simply by a colour. But show any fashionable consumer a soft turquoise blue box and they’ll immediately tell you it is from Tiffany and Co, an American luxury jeweller that began in 1937 in Brooklyn, Connecticut as a “stationery and fancy goods emporium.” Founders Charles Lewis Tiffany and John B. Young originally ran the company out of a store in Lower Manhattan selling predominantly stationery. The brand’s embossed letterhead and exquisite envelopes were a favourite of New York society. It wasn’t until 1853 when Charles Tiffany took over that the focus became jewellery. 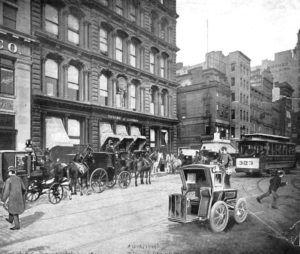 In 1870, the company invested an unheard of sum of $500,000 to build a new flagship store at 15 Union Square West in New York City that was so opulent, the New York Times described it as a “palace of jewels.” Tiffany quickly gained a reputation for creating luxe rings, necklaces and earrings. It’s interesting to note that Andy Warhol collaborated with Tiffany in 1956 to create holiday cards (1956-1962). In 1968, Lady Bird Johnson, the First Lady of the United States commissioned a White House china-service that featured 90 flowers in the design.

Of course, it was Audrey Hepburn’s breathtaking performance in Breakfast at Tiffany’s that continues to be associated with the jeweller. Visit the Manhattan flagship store any weekend and you’ll find tourists lining up to take photos in front of the famous windows. 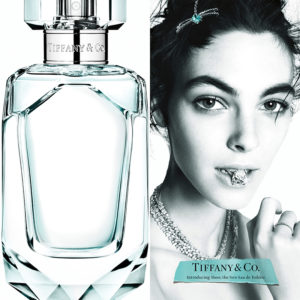 Two years ago, Tiffany & Co launched a signature eau de parfum that signalled a new era of fragrance for the brand. Under a licensing agreement with Coty Inc, the brand blended a soft, clean floral scent built around a powdery iris note, a flower celebrated by Tiffany & Co throughout its history. The fragrance was created by master perfumer Daniela Andrier in 2017 and incorporated notes of mandarin orange, bergamot, lemon, iris, blackcurrant, peach, rose, patchouli and musk. It set sales records at Bloomingdale’s when it debuted at the retailer’s Manhattan flagship store. It continues to be a global bestseller.

This month sees a new interpretation of the signature scent in the form of a sheer version. It’s called Tiffany & Co Eau de Toilette Sheer and it is a brighter, sparkling version that plays up the rose note and the vert de mandarine. Sheer scents tend to be lighter in mood and softer in intensity. Perfumers will often describe sheer scents as being more intimate and closer to the body. One top perfumer said he thought of sheer scents as the lingerie of scents. The fragrance is meant to be a soft veil for the wearer to enjoy.