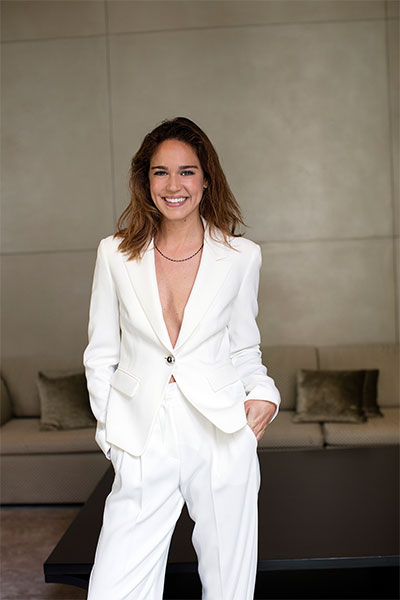 There is more than one way to skyrocket to stardom in Hollywood. One is to land a leading role in a feature film. Another is to sign on to an HBO of FX series. But actress Matilda Lutz is taking a different route that will introduce her talent to millions of fragrance enthusiasts around the world. She’s starring with James Jagger (son of Rolling Stones’ Mick) as the faces of Giorgio Armani’s new Emporio Armani fragrances Because It’s You and Stronger with You. The pair have shot a series of webisodes about modern urban life that are as engrossing as any tv sitcom. Matilda and James have an instant chemistry that makes their adventures, reactions and situations completely believable. Here, Matilda shares an exclusive look into her creative process. 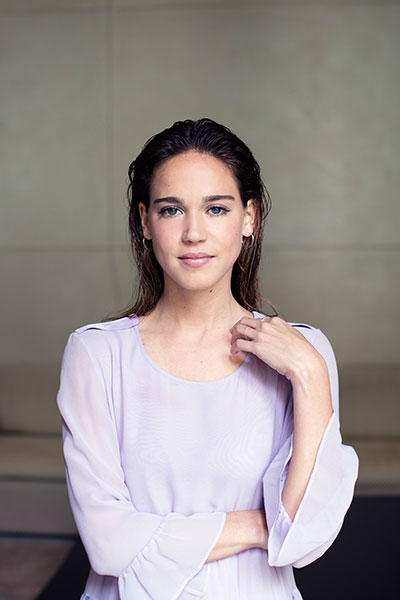 Matilda Lutz: In Her Own Words

The first memory I have of Armani is an incredible event that happened to me when I was 16 years old. A magazine invited me to go to Madrid, Spain to attend a Beyonce concert, interview her for the launch of Armani’s perfume “Diamonds” (which she was the face of) and then write a diary of my experience for the magazine to publish. It was a dream come true. I really can’t believe I’m the face of their new campaign. It’s warm, sophisticated, casual and chic, everything I hope to accomplish for myself when getting dressed. 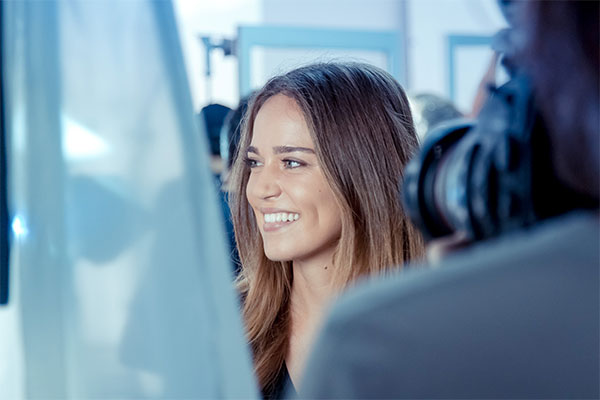 I’m very honored to have been chosen to represent Emporio Armani in the new campaign.  It’s an honor to be able to represent my Italian roots and to be invited into the iconic Armani family in such an exciting and prestigious way.

In my opinion, Mr. Armani is the quintessential symbol of the Italian lifestyle. I only recently discovered that my father walked the runway shows for Armani and he was photographed as a model in a campaign for them as well. The Armani team showed me a picture and I couldn’t believe it! It made me truly happy to know the Armani experience has come full circle. 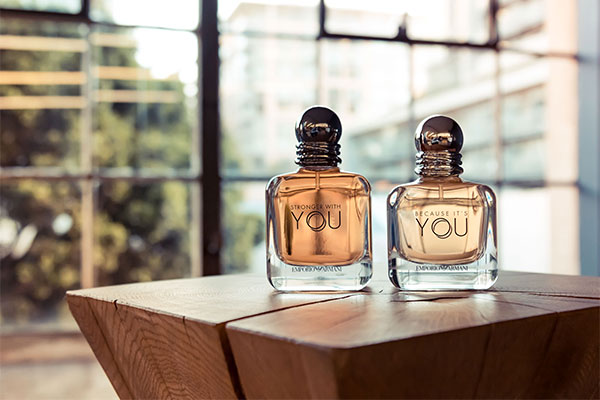 The concept of the film is close to my heart and really lingered with me because I truly believe that love can make you feel stronger, that all of a sudden anything and everything is possible: it’s like being a superhero with superpowers. 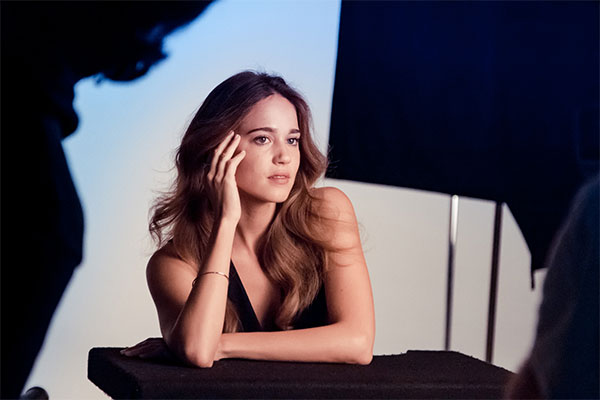 I feel close to the character in the film as I consider myself free-spirited, independent, instinctive and curious, just as you see her portrayed on screen.

Working with Fabien was a fun experience. He affords you a lot of freedom on set and never calls cut before he captures some improvised moments as the scene is ending.  He understands that special, unscripted moments can happen when two actors are working off of each other, especially in a romantic and sweet scene, and this was the perfect scenario to capture that type of magic. 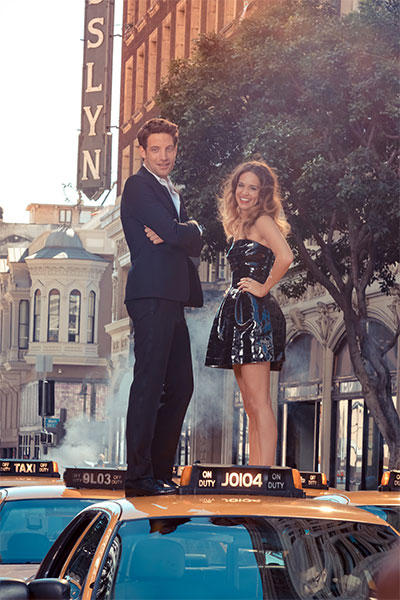 I knew of James, but never met him before the first day of fittings. It was fun working with him. He made me feel comfortable on set, we exchanged ideas and we listened to one another and having that feeling of safety to be able to collaborate is one of the most important things for me.

A perfume scent can create a very deep, uncontrollable feeling. It’s like the past and the future colliding all at once. It’s the memories you suddenly remember when smelling a familiar scent and the memories you’re about to make when smelling an unfamiliar one. This is the reason why I don’t love changing fragrances too often because it’s my specifically my scent, a fragrance that has come to define me. 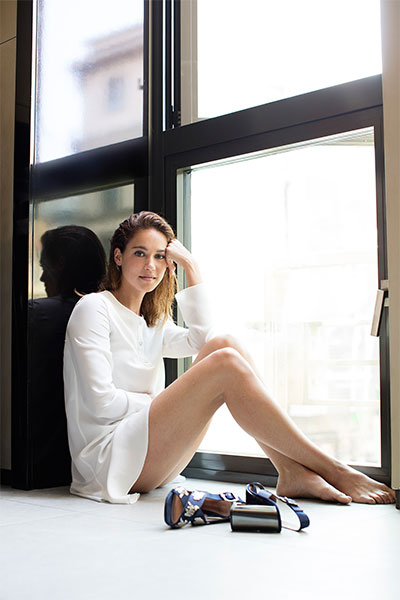 I usually wear men fragrances. I love the smoky and musk notes. I also love feminine smells, such as rose and jasmine.

For me, wearing a fragrance is a must-have. I travel a lot and that’s one of the items that I always have in my carry on or packed in my luggage.  I also have a very specific way of applying it too: the first spray goes on my wrist, and then I rub both wrists together and after, I rub behind my ears.  The second spray I apply in the air and I walk under it for a nice mist. 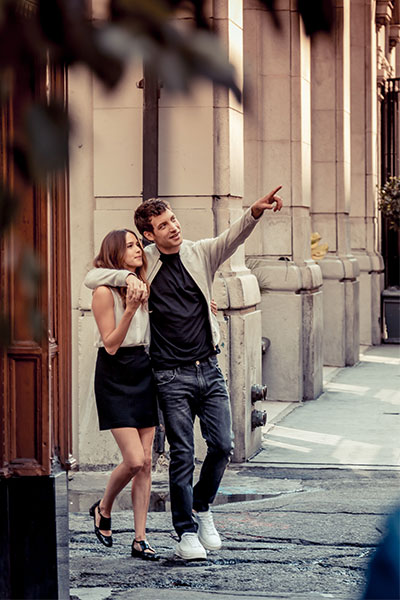 I was studying psychology in Milan and taking acting classes at night twice a week.   I decided to go to Los Angeles to attend an acting course for a week. I read the teacher’s syllabus and wanted to learn new ways and techniques. It was intended to be a short trip, but when I got to Los Angeles, I felt in love with the city and the excitement everyone had about movies, theatre, art and I called my parents to say: “I’m not coming home!” I just never went back. Looking back on it now, it was a bit reckless:  dropping out of college, leaving my friends and my country and sure things for the unknown, but I followed my instinct and heart, and when you make a decision that comes from love and not fear you cannot go wrong.

I have enjoyed all the characters I have portrayed so far in my work. What I learned through acting is to understand people more and especially myself. I try to respect and understand the choices my characters make, good or bad. Parts of every character are part of me too, and shape the person I am now. So, each one stays with me far beyond the film. I learn from them and I’m grateful for how much I learn every day.

One of the things I love the most about acting is that you never stop learning and as I accept new roles, I challenge myself every time. Someday, I would love to be a Bond girl!  I have a lot of fun doing action movies, but I love character driven, dramatic scripts as well. But honestly, I want to do it all! The directors I would love to work with are many, but Wes Anderson, Martin Scorsese, Derek Cianfrance, Pedro Almodóvar, James Cameron and Rob Marshall all come to mind as being among my favorites. 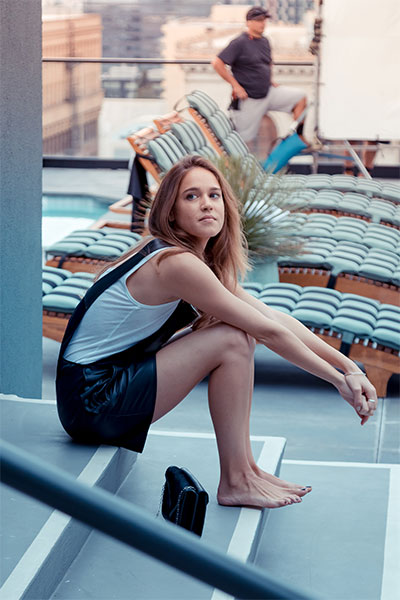 Friends and family are my first inspiration. They keep me grounded and always remind me how lucky I am. I couldn’t have this career without them. They make me feel at home, especially since I’m never home. As Ernest Hemingway said “Home is where the heart is” and I believe in this saying. I love traveling and my job takes me to some incredible cities.  I’m fortunate enough to visit and experience places with locals and learn different languages and countries and cultures. I love staying home when I’m not working and enjoying the simple things life has to offer and I love to travel for fun and go on adventures. I enjoy camping, surfing and exploring.

I love sports and I have pretty much tried everything in my life. I tried every type of dance since I was a child. I would choreograph a whole show and torture my family by forcing them to sit on the couch and pay a ticket to watch my show. My brothers would always help. I was on a soccer team when I was a young, I played tennis and snowboarding was also a big part of my growing up in Italy.  I tried skydiving and since I moved I’ve been boxing and surfing as much as I can. I don’t have a specific routine, but my best friends and I try to go early mornings. I just recently flew to Italy and three hours before catching the plane I was in the water surfing with her.

I don’t think I’ll ever stop traveling. I love the feeling of going on adventures. Over the last few years, I have travelled on my own to Indonesia and Costa Rica. They were incredible experiences. I really would like to visit South America, Japan and Australia. And now on to the next adventure! 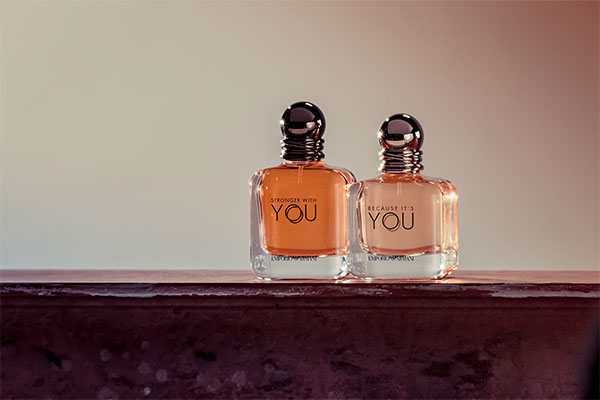 Emporio Armani Because It’s You

Scent style: a sophisticated fruity floral for her

Emporio Armani Stronger With You

Scent style: an Oriental fougere for him 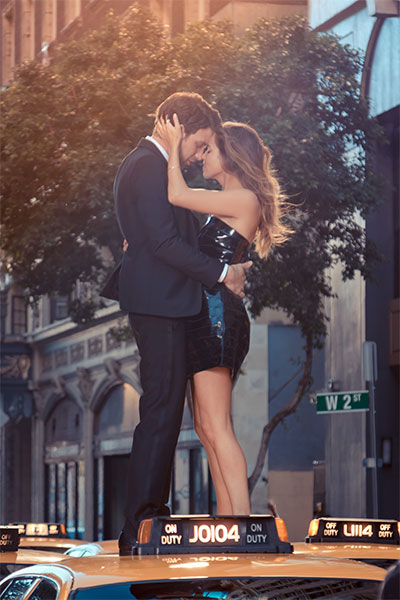 Emporio Armani fragrances are available in Canada at Hudson’s Bay stores and thebay.com