The House of Guerlain: Five Generations of Fragrance and Beauty

In the 189 years since its inception, the House of Guerlain has created hundreds of fragrances and many of today’s favourite beauty items such as lipstick, bronzer and face powder. Almost two centuries old, the Guerlain name continues to symbolize luxury and a rich history. 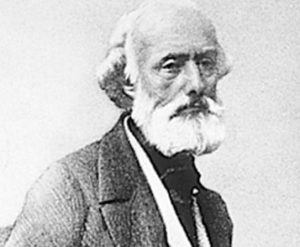 The House of Guerlain was founded in 1828, when Pierre-François Pascal Guerlain opened his perfume store at 42 Rue de Rivoli in Paris. He was a doctor, chemist and master perfumer who created fragrances for the rich and famous. Pierre-Francois was an elegant man who befriended many writers including Honoré de Balzac and Alexandre Dumas. He frequented literary gatherings and his perfume store became a favourite destination for members of Parisian high society. A popular magazine of the day, La Sylphide, Le Journal des Elegances, was even known to scent each of their issues with a different Guerlain fragrance. 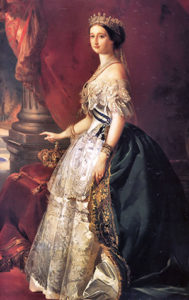 In 1853, Pierre-François created Eau de Cologne Impériale for Empress Eugenie to celebrate her marriage to Emperor Napoleon III. Pierre-Francois decorated the bottle with bees, which were a symbol of the French empire. The bee design went on to become an iconic motif for the House of Guerlain. Bees are seen in many of Guerlain’s modern day products such as the Abeille Royale skincare line and the honeycomb design of the Acqua Allegoria bottles.

Pierre-François went on to create fragrances for Queen Victoria, Queen Isabella of Spain and Tsar Alexander III of Russia. He was given the title of His Majesty’s Official Perfumer of France. 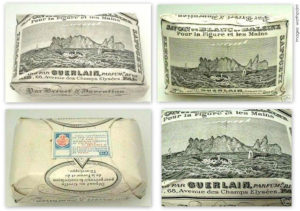 During this time chemistry was developing and cosmetics were being created. As part of this trend, Pierre-François created Sapoceti soaps. They were rich bar soaps made from whale blubber and were meant to both cleanse and whiten the skin. They came in 45 different scents and were the choice of wealthy society ladies, many of whom would use no other soap. 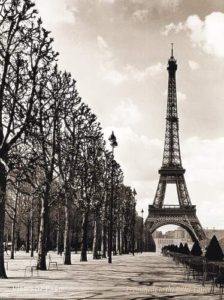 With the death of Pierre-François in 1864, the house of Guerlain was left to his sons Aimé and Gabriel Guerlain. Aimé became the master perfumer, and Gabriel became the general manager of the company.

During his career, Aimé was the creator of many classic fragrances including Fleur d’Italie (1884), Rococo (1887) and Eau de Cologne du Coq (1894). He brought his own unique ideas, adding exotic spices from the far East to the traditional Guerlain formulations. He was also the creator of the legendary “Guerlainade” – a combination of bergamot, rose, jasmine, tonka bean, iris and vanilla – which is the accord that’s used as a house signature in many of the classic Guerlain perfumes. 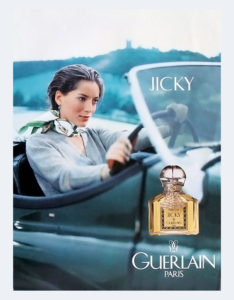 However, Aimé was most famous for creating the legendary fragrance called Jicky. He formulated it in 1889, 100 years after the French Revolution and in the same year that the Eiffel Tower was built. It was shocking and revolutionary in its boldness and use of synthetic ingredients — something no other fragrance had ever contained. Originally it was meant to be a feminine fragrance, but it was thought to be too audacious, and was adopted by men. Only later did women wear it, and as such it could be considered the first unisex fragrance. In creating it, Aimé was said to have been inspired by a girl he loved in his student years. It remains to this day one of the oldest fragrances that is still on the market.

Aimé Guerlain was childless, so he trained his nephew Jacques Guerlain from the age of sixteen to be his apprentice and successor. 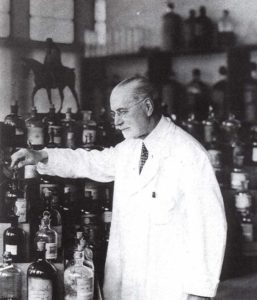 Jacques Guerlain was one of the most prolific and influential perfumers of the 20th century, formulating over 400 fragrances. Some of his best known ones are: L’Heure Bleue (1912), Mitsouko (1919) and Shalimar (1925). Not much is known about Jacques’ personal life since he was reclusive and never granted interviews. He worked privately and needed complete creative control. He was passionate about the Impressionist painters and they are thought to have influenced him the creation of L’Heure Bleu. He served in World War 1 where he was injured and became blind in one eye. In 1933 he created Vol de Nuit. He was not a talkative man, and when asked about his creative process he said: “Perfumery? It’s a matter of patience and time.” His muse was his loyal wife Andrée. He loved horses, dogs and tending his garden. 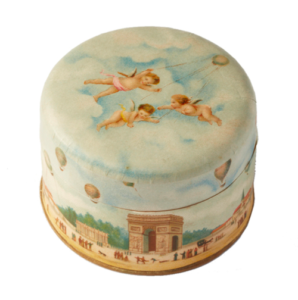 During the 1920s Paris became the centre of the creative world in terms of arts and innovation. Women cut their hair, wore shorter skirts, and makeup began to be respectable for everyday women — not just for actresses and performers. Jacques opened the famous Guerlain boutique at 68 Avenue des Champs-Élysées. One of the first cosmetics of the era was La Poudre aux Ballons (1918), a whimsical theme that was revisited in 2014 with the Météorites product. Some notable cosmetics that were launched in the 1920s and 1930s were: Rouge d’Enfer lipstick (1924), La Poudre C’est Moi (1925) and Rouge Automatique (1936). All were innovative and ahead of their time. Some are still sold today.

In 1939, Jacques Guerlain opened one of the very first spas in the world at his Avenue des Champs-Elysées location. It was during this period that the Guerlain massage method was born, which remains unique and exclusive today. 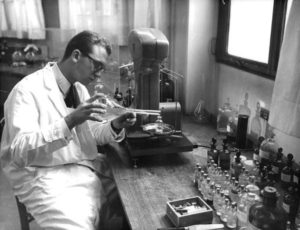 Jean-Paul Guerlain, the grandson of Jacques, was the last of the Guerlain family master perfumers. He was trained by his grandfather, and worked with him on many fragrances up to and including the launch of Ode, Jacques’ final perfume, in 1955. Jean-Paul took over the family perfume house in 1959. He is considered one of the great perfume “noses” of the 20th century. Jean-Paul’s masterpieces include: Habit Rouge (1965), as well as Chant d’Arômes (1962), Chamade (1969), Nahéma (1979), Jardins de Bagatelle (1983) and Samsara. 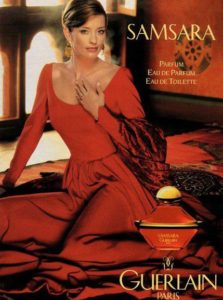 The legend behind Samsara is that for the first time ever, the House of Guerlain decided to offer outside perfumers the opportunity to create their next fragrance. Jean-Paul Guerlain submitted his creation anonymously. It was a modern Oriental, made for a woman he was in love with. She was an English equestrienne named Decia who said she only loved fragrances that contained Jasmine and Sandalwood. Out of all the submissions, Jean-Paul’s was chosen. He not only won the fragrance competition but Decia’s heart as well.

Today the role of master perfumer at Guerlain is held by Thierry Wasser. He was hired in 2008 and is the first non-family successor to fill the role at Guerlain. He worked with Jean-Paul until his retirement in 2010. Thierry Wasser is responsible for creating the fragrances La Petite Robe Noire and L’Homme Ideal.

1. SHALIMAR (1925) was the 1st oriental fragrance for women in the history of perfumery.

2. ROUGE AUTOMATIQUE lipstick (1936) represented a breakthrough in design for its one-hand gesture and mechanism. This lipstick was created to be opened with one hand for the woman on the go.

3. TERRACOTTA (1984) was the 1st bronzing powder. One Terracotta Powder is sold every 20 seconds, on average, around the world.

4. MÉTÉORITES PEARLS are hand-crafted by only 3 trained artisans. It requires a minimum of 6 months to train each artisan because everything is done by feel and visual assessment.

5. The 4 exceptional orchids used in the ORCHIDÉE IMPÉRIALE  line are selected from amongst 30,000 species of orchids due to anti-aging properties and longevity. For over 12 years, Guerlain has been studying and protecting orchids in their natural environment, and assessing their biological potential through its dedicated research centers in Switzerland, France and China.

6. L’EAU DE COLOGNE IMPÉRIALE (1853) was created by Pierre-Francois-Pascal for Empress Eugénie, wife of Napoleon III, for her wedding in 1853. This allowed Guerlain to be appointed an Official Supplier of the Court, and he become widely known in all European Courts.

7. GUERLAIN FRAGRANCES amount to over 800 since 1828. No other brand can claim such a history and longevity.

8. ORCHIDÉE IMPÉRIALE LONGEVITY CONCENTRATE (2010) is the most complex jar to assemble and fill in the Guerlain collection, requiring 15 people to create each piece from start to finish.

9. THE FIRST SERUM In 1950, Guerlain Emulsion d’Ambroisie was born. Its revolutionary fine formula was the first to be applied under skin cream and has paved the way for the further development of serums.

10. THE 68 CHAMPS ELYSÉES BOUTIQUE was designed by famous architect Peter Marino, who has created some of the most beautiful boutiques in the world.