The Roman elegance of Bvlgari

BVLGARI is an Italian luxury brand founded in Rome in 1884 by Greek silversmith Sotirios Voulgaris. The company grew from a single jewellery shop to an international prestige brand known for its jewelry, watches, fragrances, accessories and leather goods. The company’s trademark is usually written BVLGARI in the classical Latin alphabet. It is derived from the phonetic version of the family name “Voulgaris” which is pronounced “Bulgari” in Italian. 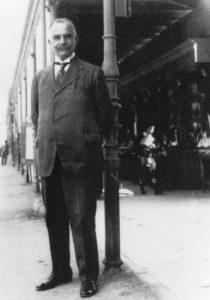 Sotirios Voulgaris, the founder of Bvlgari, was born in 1857 in Paramythia Greece. He was the only survivor of 10 siblings. With the guidance of his father Giorgio, he became a skilled silversmith creating belts, earrings, sword sheaths and buttons.

In 1881 Sotirios and his father relocated to Rome and initially sold their creations on the street until one day a Greek sponge merchant kindly allowed them to display their silver goods in a small corner of his shop window. Over time, the father and son moved into other shops, but as their business grew, they ultimately settled on a location in Via Dei Condotti 10. They called it the “Old Curiosity Shop” to attract British and American tourists. The strategy worked and before long, Sotirio was beginning to make jewellery and accessories, as well as silver objects. This store became the Bvlgari flagship store of today.

Sotirios had two sons, Constantino and Giorgio, who were actively involved in the business and worked for the company their entire lives. Giorgio and Constantino fell in love with precious stones, learned the secrets of the trade, and took Bvlgari to a new level.

During World War II, Costantino Bulgari and his wife Laura hid three Jewish women in their own home. The Bulgaris opened their doors during the raid of the Roman ghetto in October 1943. After the war, the family was awarded the title of Righteous Among the Nations for their bravery. 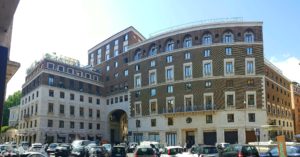 In the 1950s, Bvlgari embraced the classicism of Greek and Roman art in their designs. Their aesthetic was a bold style with intriguing colour combinations, influenced by art and architecture. As Art Historian Amanda Triossi observed, “Bvlgari attracts women with strong personalities.” Richard Burton joked that the only Italian word his wife Elizabeth Taylor knew was “Bvlgari”. Audrey Hepburn was also a fan of the brand, returning to the Bvlgari store many times during the filming of Roman Holiday.

In the 1970s, Bvlgari moved into luxury watchmaking. It was still a family business, now run by the sons of Giorgio: Paolo and Nicola Bulgari.

Today, Bvlgari has over 300 stores located in the world’s most exclusive shopping areas. The largest store is the 10 story Bvlgari Ginza Tower in Tokyo.

In 1992 Bvlgari launched its first fragrance: Eau Parfumée au Thé Vert. A unisex scent, it was minimal and delicate – very different from popular scents of the previous decade which were bold and extravagant.

Next launched was the Omnia fragrance collection, inspired by semi-precious stones.

The latest Bvlgari fragrances are Goldea The Roman Night for her and Bvlgari Man Wood Essence for him.

We cannot display this gallery

Bvlgari in the movies:

• Gina Lollobrigida wore a 1950s style turquoise and diamond Bvlgari parure set while dancing with Frank Sinatra in the 1959 film Never so Few.

• Ingrid Bergman wore a platinum and diamond Bvlgari necklace in the 1958 film The Visit.

• Sharon Stone plays the wife of De Niro in Casino, set in 1970’s Las Vegas. In one scene he gives her a suitcase full of Bvlgari jewels and watches.

• The Bvlgari family makes wine.
After selling their shares in Bvlgari, the brothers Paolo and Giovanni Bvlgari embarked on winemaking. Their wine is called Sotirio in homage to their grandfather, the founder of the Bvlgari empire.

• Bvlgari has luxury hotels in many cities.
In partnership with Marriott International, Bvlgari has opened hotels in Milan, London, Bali and Moscow and plans to break ground in Shanghai, Beijing and Dubai. The hotels offer soothing spas, movie screening rooms, grand suites and 5-star restaurants. 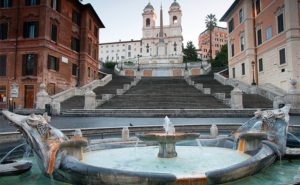 • Bvlgari sponsored the restoration of the Spanish Steps
The Spanish Steps are one of the most famous tourist destinations in Rome. They are most famously shown in the Audrey Hepburn movie Roman Holiday. Bvlgari’s Rome flagship store is at the base of the steps and as such, the company felt historically linked to the site. Under the feet of hundreds of thousands of modern tourists the steps had become cracked and crumbled, so in 2015, Bvlgari donated $1.7 million to restore the attraction. To repair the over 30,000 square feet of stone took 10 months and 80 craftspeople.

• Bvlgari supports Save the Children Fund
Bulgari has raised over $27 million for the fund and, in turn, improved the lives of 600,000 children around the world. Their 2016 collection called “Raise Your Hand” features the B.Zero1 ring and bracelet. Bvlgari recruited celebrities like Naomi Watts, Meg Ryan, and Olivia Palermo to promote the campaign which has raised over $50 million for the Save the Children fund.