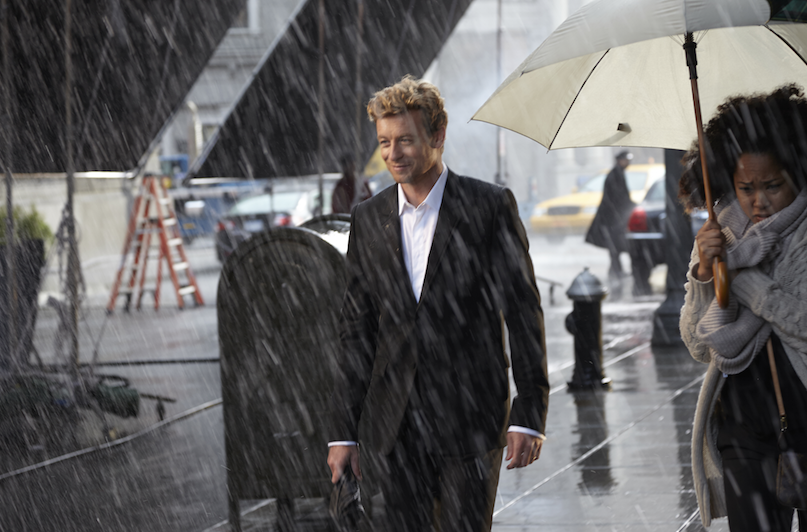 Actor Simon Baker and Givenchy make a case for the return of gentlemanly behavior.

In the age of cyber dating, virtual offices and TMZ, is chivalry dead? The simple act of giving up your seat on a crowded subway for a women, holding the door for a stranger at a busy restaurant or keeping an elevator door open in a business tower. “I wouldn’t say chivalry is dead but I think it is a bit lost,” says Simon Baker, star of the CBS drama The Mentalist. Baker, wearing a trim two-button chocolate brown Givenchy suit, has just entered The London Hotel in West Hollywood. He stops to thank the doorman for holding the door open, greets the concierge and smiles at the desk clerk. “What I love is the response you get from people when you do something kind for them.  It’s almost like they are taken aback. They don’t know how to react when someone does something selfless for them.”

Notoriously private, Simon has agreed to meet with a handful of journalists to explain his role as the face of Givenchy’s latest fragrance called “Gentlemen Only.” It’s a masculine woody-aromatic fragrance based on a trio of classic notes: vetiver, patchouli and cedarwood. It’s the kind of scent you’d expect modern-day Mad Men advertising executives would wear. And the entire concept is based on a new generation of gentleman. 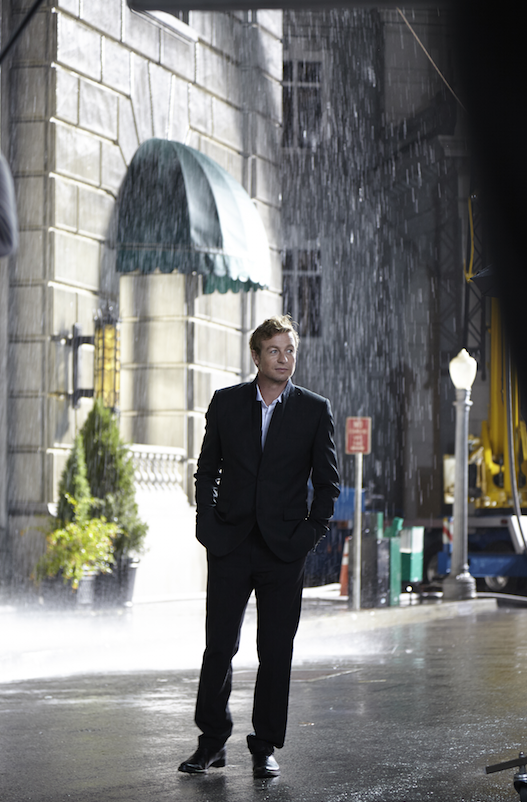 “The whole concept of private social clubs has become huge in London,” says former Jimmy Choo Creative Director Simon Holloway.  “They are very exclusive and if you are accepted, they come with strict codes of behavior.” He says it is like a return to the Gentlemen’s social clubs of the 50s and 60s. Judith Ritchie, Beauty Director for L’Officiel, agrees.  She says exclusive clubs like No Comment are all the rage in Paris as well. “These are members of the finest families in France. And there is an elegance to the way they live.”

It’s no surprise that Givenchy would herald the return of the gentleman. Hubert de Givenchy was one of Europe’s most elegant figures for decades. “He looks much like Cary Grant with blue eyes – tall and statuesque,” says Givenchy Master Perfumer Françoise Donche. “He’s always so elegant and humble. You have to remember that at one point, he dressed half of Europe’s royal families.” And while Mr. de Givenchy is enjoying his retirement now, he is still seen from time to time in Paris – with the same signature haberdashery. 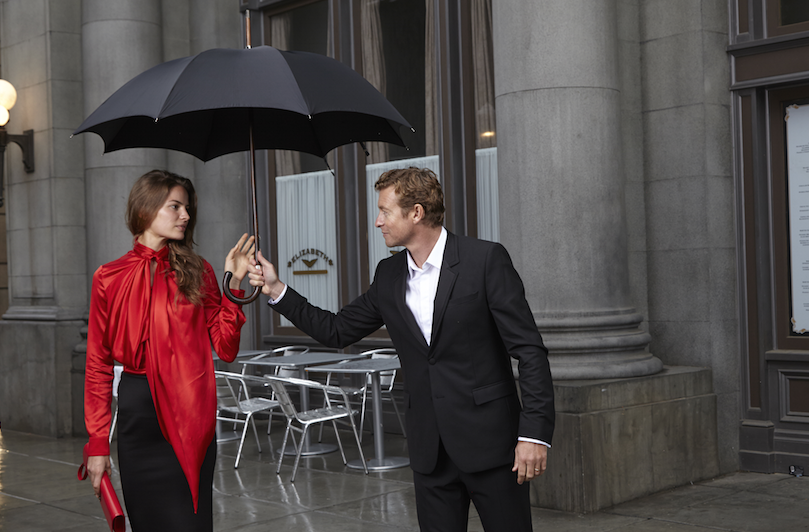 It’s no doubt he’d approve of the House’s new cologne. “This is a very masculine, authentic scent,” explains Donche.  “Seventy percent of the formula is built around those three notes.  I find there is too much gimmickry in fragrance today. Exotic ingredients in fashion today can become muddled.” She says the current economic and social upheaval in Europe has led men to change their fragrance buying habits. “They are looking for masculine fragrances that reassure them and make the feel more confident. They don’t want unisex versions right now.” Perhaps Gentlemen Only offers the scent of reassurance and confidence in a constantly changing world.

Marcello Mastroianni was the actor I most admired growing up.  The guy was just so cool – even when he was being humiliated in a movie.  Jean-Paul Belmondo was also innately cool. I looked to European actors for inspiration.  I think part of the appeal was I was an Australian lad watching a foreign film with subtitles.

The three-piece suit look that I wear on the show is something I came up with myself.  My character, Patrick Jane, is a con man who practices sleight of hand. So I thought the idea of wearing a waistcoat lent to that nicely.  I took the idea from a Charlie Chaplin character. The costume designer on the show has all the suits made. 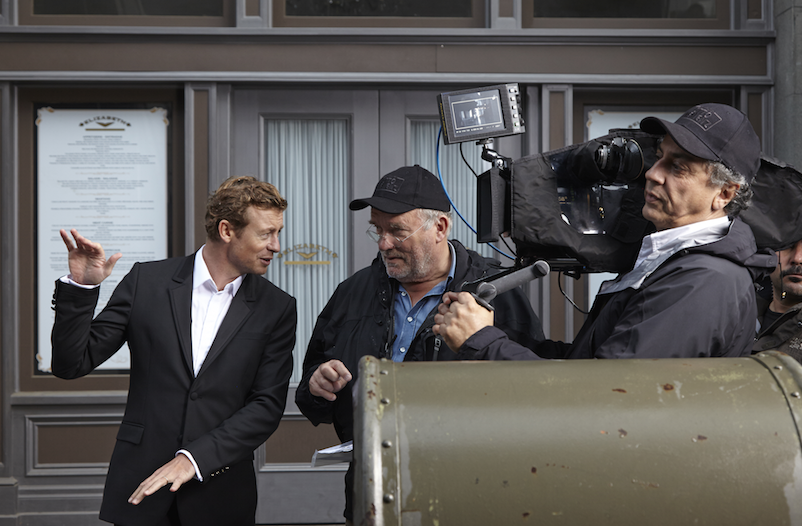 I think of the concept of the gentleman is timeless. When I was growing up, the only way to become a gentleman was to be born in to an aristocratic family, but these days you can become one. For me, it’s aspirational. As a child, I was taught respect, manners, courtesy, humility and that was the way you approached life, what you aspired to be. I think that now the idea of fashion and masculinity successfully meld together.

My grooming regime is very streamlined.  I don’t take a lot of time to get ready in the morning – say 15 minutes.  As butch as I may seem, I spend most of my day in a lot of makeup.  So I’m careful to clean my skin and moisturize at the end of each day.

I like classic design with a healthy dose of rebelliousness and audacity. I like to look presentable. There’s a sense of self-pride when you dress well. A man should wear his clothes, the clothes shouldn’t wear the man. He should find clothes and fragrance that underlines the essence of who he is.  A scent that represents him in the manner he wants to be presented in.

The most memorable smell from my childhood is zinc cream. I grew up in Australia and we always wore zinc cream when surfing.  To this day, the minute someone removes the lid on a tube of it, I’m immediately reminded of my childhood.  It’s the same with Veggie Vita-Weats. 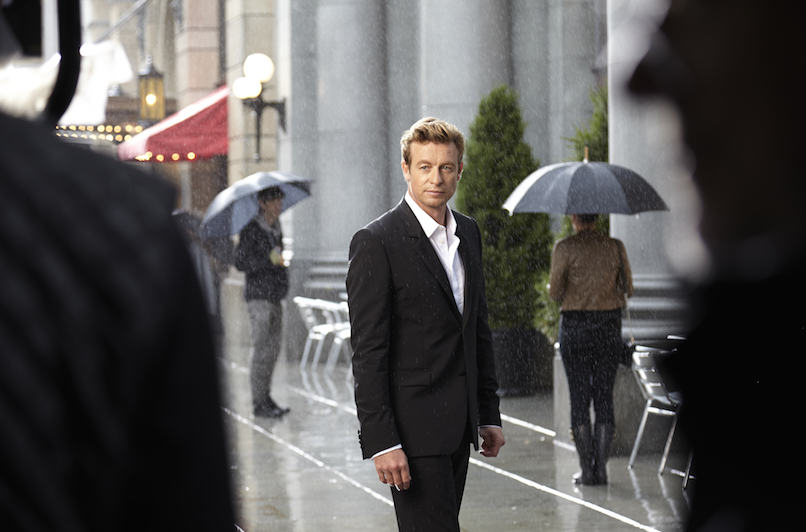 When I’m not working (which is rare these days), I love to spend time with my family. My kids love to play tennis. And my youngest son is into making stuff so we spend a lot of time in the garage taking things apart. I love it.

I admire how actors like Cary Grant and Jimmy Stewart dealt with press and their image.  It was a simpler time back then and actors could present an image of ease, elegance and grace. What I particularly liked about Jimmy is that he felt authentic all the time.  You always felt that he was being true to himself. That’s something I really appreciate. But I’d don’t fall for nostalgia. I never try to mold myself after anyone.

I appreciate beautiful things.  I like a well-cut suit. I like things that look good to my eye. But I’m not a slave to it.  I can appreciate the beauty of an Apple iPhone as much as a beautifully crafted pair of shoes. That said, if I find a dress shirt that fits me well, I’ll buy a couple at once.  I like to be efficient.

I feel chivalry is a little lost these days.  If you accidentally cut someone off in Los Angeles, they hang out the window and swear at you.  But if you offer to help someone, it’s remarkable the reaction you get.  It’s so not expected. 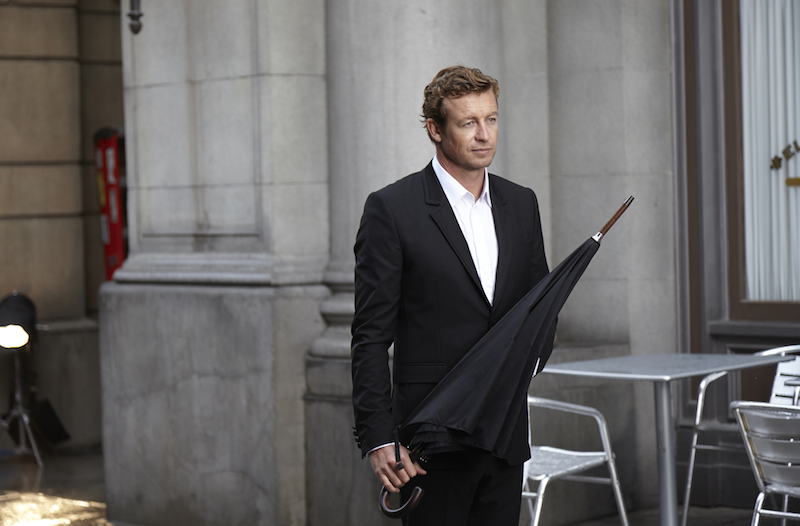 I’ve tried to go back to buying complete albums these days. I have a record player and I still buy vinyl.  But I find that we got into this habit where we cherry-pick songs and we miss the experience of listening to a whole album of songs in the order the artist wanted to present them. I just bought the Gotye CD and it is a pretty good album.

The worst fashion mistakes are always made out of nostalgia.  I remember in 1991, I had landed some regular acting work and was making good money.  There was this black Quicksilver leather jacket with the logo across the entire back that I spotted when I was 17.  It looked so cool to me then.  So I decided to buy it. When I got home, I was so excited to show my wife.  She took one look at it and said, “What is that?” I never wore it.  The bought ripped jeans look never looked good to me. Nor did the jeans with the big flap pocket on the back.

Being included in People’s Sexiest Men list doesn’t mean a thing to me. It has nothing to do with me. I don’t show my wife, wink and say, ‘Ready for bed?’ All I can say is I’m glad this didn’t happen to me when I was 21.

The biggest lesson I’ve learned in Hollywood is fame is fleeting. I’ve been in this business long enough to know that all of this is fleeting. What’s important is that I’m comfortable with myself – that I’ve been straightforward and honest with everyone. My family is my focus and if it ends tomorrow, there are plenty of other things I’d like to pursue that the world doesn’t have to know about.

I once spent 40 nights shooting a movie in Toronto during January and February.  I’d start work at 4:30 pm in the evening and work through until the following morning. It was very cold.

Good manners are very important to me. And I think Canadians and Australians are a little more polite than Americans. If a Canadian says he’s sorry, he looks you in the eye and means it.

The most important lesson I’ve learned so far in life is to be patient.  I kind of feel like I spent most of my twenties being impatient.  Now that I’m in my 40s, I’m more accepting of the quiet times. It’s okay to be patient.

Evolution of the Gentleman: A Timeline

YSL has just launched a rich, decadent version of

Who says flowers don't bloom in Canada in November