At first glance, Master Perfumer Dora Bagriche comes across as a quiet, shy individual who prefers to stand on the sidelines. But looks are deceiving. The 35-year-old Paris-based perfumer has quickly garnered a reputation in the industry for taking common ingredients and giving them kick-ass attitude. She’s the go-to fragrance expert when fashion brands want to give their scents an unexpected edge. Her creations are often called daring, audacious, unconventional and cutting-edge. I call her the rebel perfumer.

We’re 16 floors above Madison Avenue in New York City (Ralph Lauren occupies five floors of this skyscraper for their corporate offices). It is the headquarters of Firmenich, one of the world’s foremost perfume creators. This is the company that develops some of the most successful luxe scents in the world. Two-dozen beauty editors from around the world have gathered for a luncheon and presentation to mark the launch of Juicy Couture’s new signature scent, I Am Juicy Couture. It’s a bit of a departure for the brand. The scent is a little more upscale than its bestselling predecessors with a more refined bottle and a new attitude. 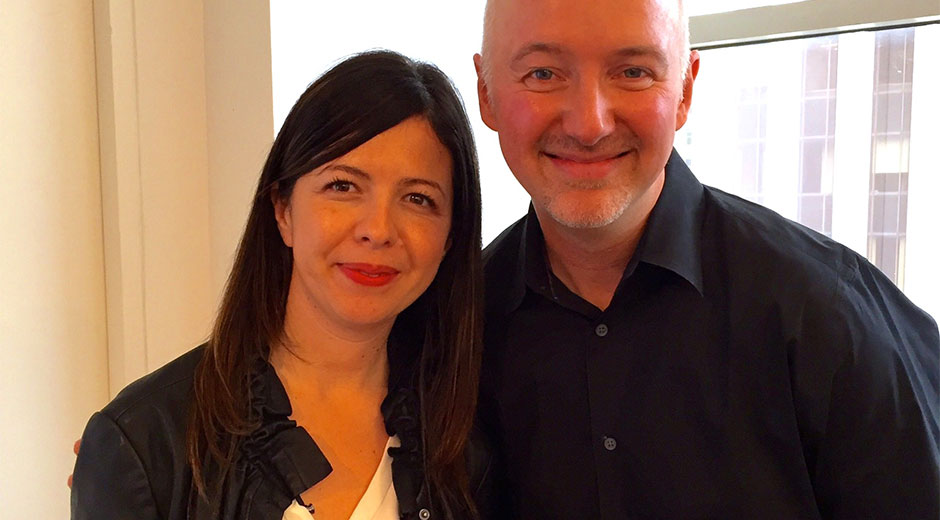 Perfumer Dora Bagriche and I

“We think of the new Juicy Girl as a Glamorous Rebel,” explains Tamara Steel, Director of Global Marketing for Juicy Couture Fragrances. “She’s not typical, shy, conventional or apologetic.” After 12 months of market research, Steel identified a new Millennial customer that is breaking free of tradition and wants to shake up her lifestyle. Hence the choice of Adam Levine’s wife, former Victoria Secret model Behati Prinsloo as the face of the scent. She’s photographed squeezing a handful of flowers revealing a juice that runs down her hand. 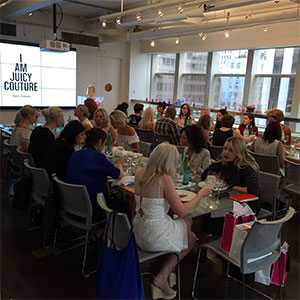 Of course, the actual scent has to live up to such a striking image, so Bagriche had her work cut out for her. “It was when I read a book about a ‘nose’ as a teen that I became obsessed with becoming a perfumer,” she explains to me. “Fromt that moment on, there wasn’t any other career I was interested in.” She studied perfumery and became working at the age of 20. “Growing up in France, perfumery was a respected career. I immediately knew this is what I was to do.” 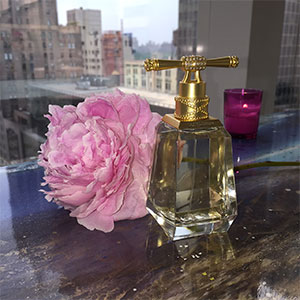 “I become a little bit obsessed with the woman I’m creating a scent for,” she laughs. “And that was the case with this new Juicy Couture girl. I imagined exactly how she lived her life – her loves and her passions. She really is rebellious.” For this reason, Dora decided early on that this perfume would be a declaration. “The name Juicy Couture is a clash of languages. Juicy is an English word and Couture is French. So I played on the clash of both worlds. I decided to take traditional ingredients and wrap them in unexpected ways.” 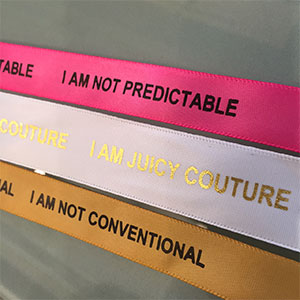 The best example of Bagriche’s work is her use of a raspberry note. Most perfumers use it as a smooth top note. But the perfumer wanted to give it some edge. So she created a “hot, spicy raspberry” by adding in ginger for a spicy kick. “It’s not the typical raspberry note you expect,” she laughs. She then takes the sweet praeline accord and wraps it in warm woods and amber. This creates a darker, more daring impression. “I describe it the scent of almonds wrapped in black sugar.” 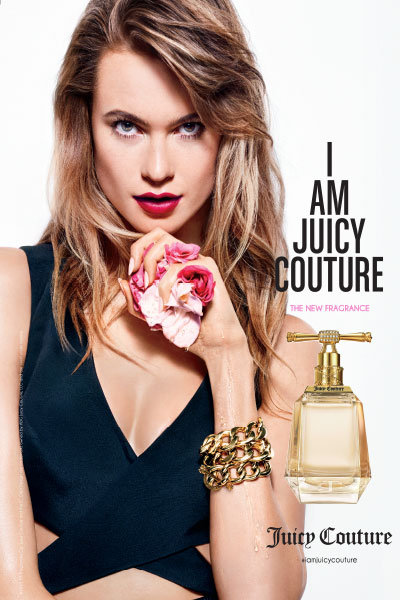 Even her use of popular floral notes such as gardenia, Rose de Mai and sweet pea are given a twist. “The way I combine them makes them smell like there are woody notes in the bouquet. It’s quite unusual.” I Am Juicy Couture contains notes of hot raspberry, tart Pomelo, passion fruit, Rose de Mai, sweet pea, gardenia, soft musks, warm woods and amber. It’s a new take on an addictive gourmand with unexpected fruit and floral notes. 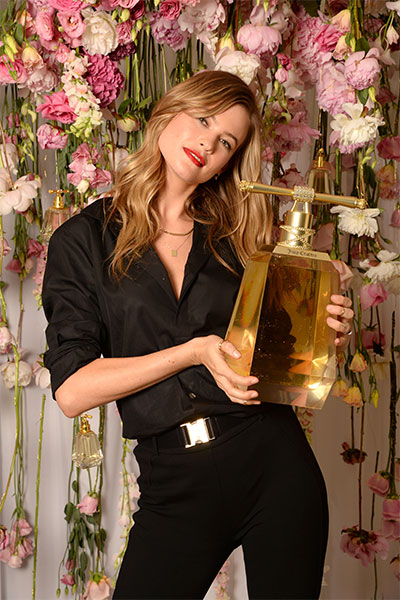 Is Bagriche proud of the final creation? “Oh yes. I think this Juicy Girl would wear this fragrance. I know she would.” 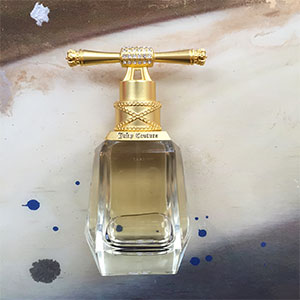