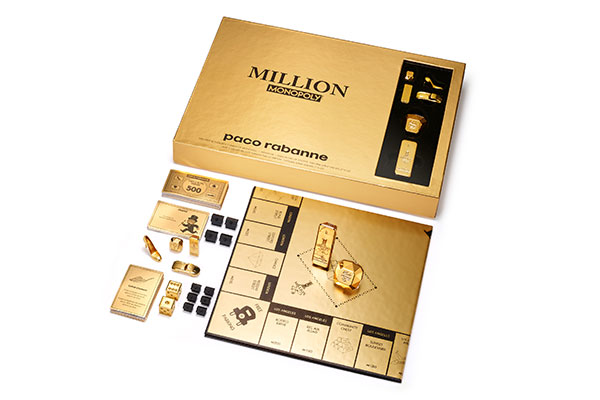 Don’t buy Boardwalk! Paco Rabanne has just unveiled a limited edition version of the classic board game inspired by the One Million fragrance. It’s seriously fun. And best of all, the collector game is free with a purchase of any large One Million or Lady Million fragrance at Hudson’s Bay stores (while supplies last). Here’s the backstory:

Retro Trend: Board game cafes and restaurants have popped up in Los Angeles, San Francisco and New York where Millennials kick back, enjoy craft beer and discover iconic games like Monopoly and Scrabble.

The story: The One Million fragrances for him and her have always been about rolling the dice and winning big. The casino backdrop in the eye-popping tv commercials featured stacks of gold bars and casino chips. The famed French fashion brand decided to create a gold version of the game and offer it as a gift-with-purchase.

History: The earliest known version of Monopoly, known as The Landlord’s Game, was created in 1902 by American Elizabeth Magie.

Inclusive: The first Monopoly edition in Braille was published in 1973.

The offer: Purchase a large size Paco Rabanne One Million or Lady Million fragrance at Hudson’s Bay stores and receive a free One Million Monopoly game for free (while supplies last). 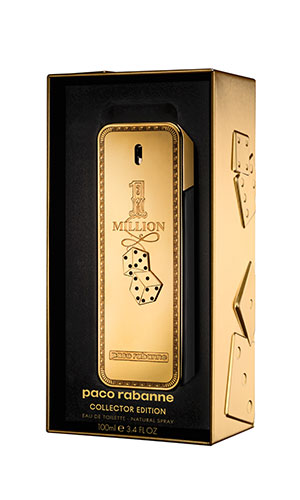 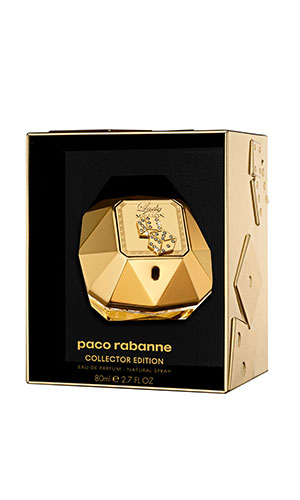 Paco Rabanne fragrances are available in Canada at Hudson’s Bay stores and thebay.com