My lunch with Jean Paul Gaultier 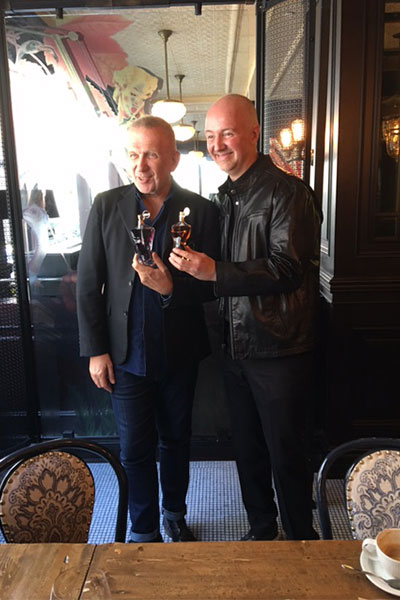 I’ve had the incredible opportunity to interview dozens of fashion designers, makeup artists and celebrities over the years. When I was a style writer for the National Post newspaper, I would often be invited to spend time with designers who were launching new collections or promoting projects. Interviewing Donna Karan was a thrill as we connected with our shared interest in reiki and holistic approach to wellness. Hair guru Frederic Fekkai was fascinating to speak with as he explained how he created a new hair salon experience. (He’s very close friends with Martha Stewart) And Ralph Lauren was surprisingly humble and thoughtful with his answers. 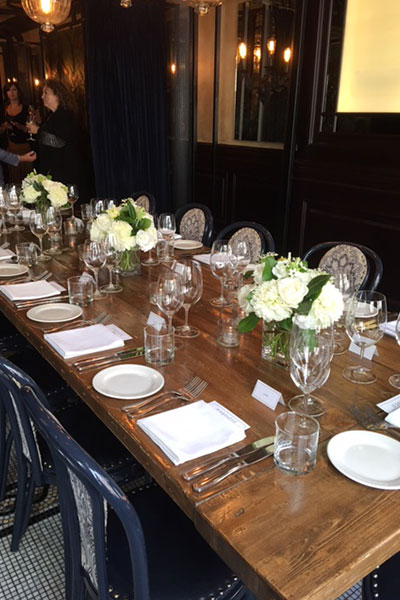 But I have to say that an invite to have lunch with Jean Paul Gaultier was a career highlight for me. From his groundbreaking runway shows that blurred the line between masculine and feminine to his work with Madonna and the infamous cone bra and corsets, Jean Paul has consistently innovated and brought joy to fashion and fragrance. Puig, who manufactures and distributes the Gaultier fragrances, kindly invited Cookie and I to an intimate lunch of only ten guests. What an honour. Here’s a recap of our special luncheon. 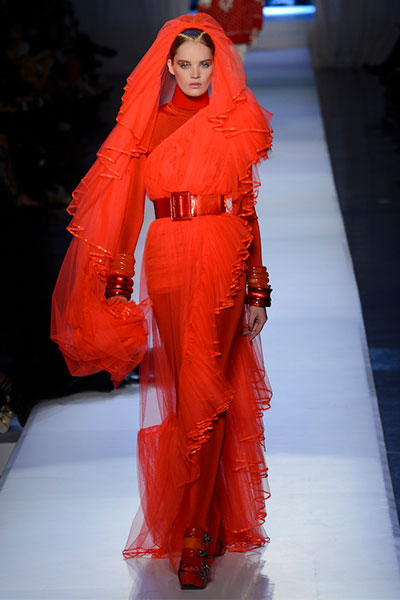 The morning of our Gaultier lunch, I pinched a nerve in my back. So I decided to take a muscle relaxant before I left for the La Societe, a French bistro located on Toronto’s tony Bloor Street strip. I arrived early and noticed that the muscle relaxant hadn’t really kicked in. “Maybe I should take a second one just to be sure,” I thought to myself. (bad idea) The minute I took the second pill, the first one kicked in and I was suddenly flying on painkillers. My friend Cookie took one look at me and decided I need caffeine to keep me awake. There was suddenly a real possibility that I was going to fall asleep in my salad mid-conversation with one of the world’s top designers. A diet Coke later and I was slightly more alert.

We were greeted with champagne and sparkling water in a private area of the restaurant. The table was topped with a handful of white flower arrangements and seating cards. When Jean Paul arrived, there was no big fanfare or security. He arrived with his assistant and PR director. Dressed in an inky blue casual shirt, dark denim and navy blazer, he immediately greeted every guest and shook their hand. The first thing you notice about Gaultier is he loves to laugh. He is remarkably friendly and engaging. He does not have any attitude. 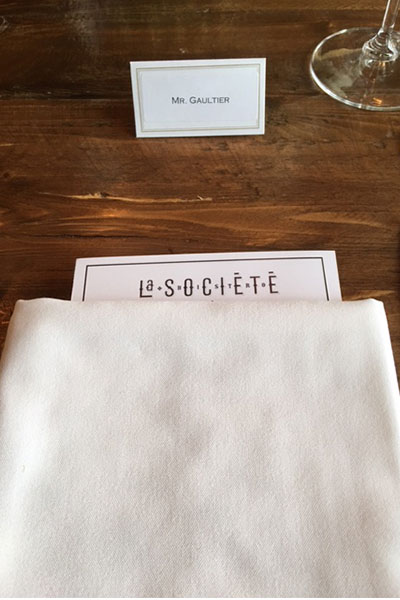 When he took his place at the table, he glanced down at the seating card and laughed. “Ten years ago, this card would have said Jean Paul. But now that I am older, I am Mr Gaultier. People now call me Mr. Gaultier. I much prefer Jean Paul.” He glanced at the menu and chose Tuna Tartare with avocado, cucumber, soy, spicy aioli and crisp nori to start. For his main, he selected the Chicken Paillard with watercress, arugula, radish, pickled onion, cherry tomatoes and mustard vinaigrette. And for dessert, apple tarte tatin with cider sorbet. “I love sweets. I once discovered sangria in Spain which is sweet and delicious. It is made with red wine and fresh fruits. I kept drinking it one lunch and then an hour later was asleep in my chair. I couldn’t work the rest of the day.” 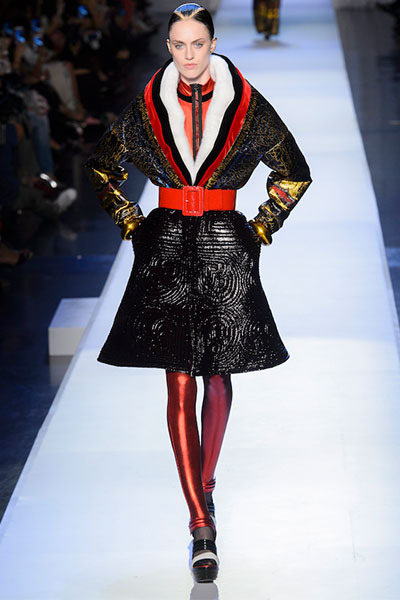 The designer made news a couple years ago when he decided to stop designing his ready-to-wear collections and focus exclusively on haute couture. “I love to design clothes. It is my passion. But I felt that the world is producing more and more clothes. There is just too much of it. So I decided to create special pieces that have great craftsmanship and creativity. I can take my time and experiment with new fabrics and techniques. And it allows me to do new projects and collaborations. Just wait until you hear what I have coming up. It is very exciting.” 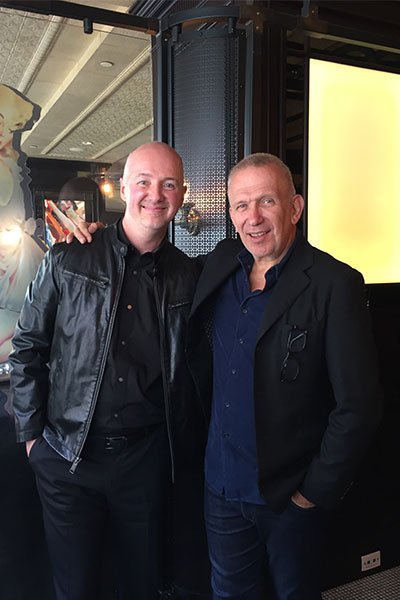 So does he consider himself a perfumer having launched some iconic scents throughout his career? “Uh, no! I am not a nose. When I worked on the first two fragrances, I knew exactly what I wanted. I was very specific. But now I smell what the perfumers bring to me and say ‘oh, that is interesting’. When I created my first fragrance, I used to spray it every morning before I went to work. But soon I was having to spray two or three or four times as I couldn’t smell it on me. My nose has become accustomed to it. My staff had to say to me, ‘Jean Paul, your fragrance is way too strong’. They could smell me a block away,” he laughs. He says that every product he designs has to have a bit of sex to it. “I want someone to smell my scent on their wife or partner and smell so delicious they want to eat them.” 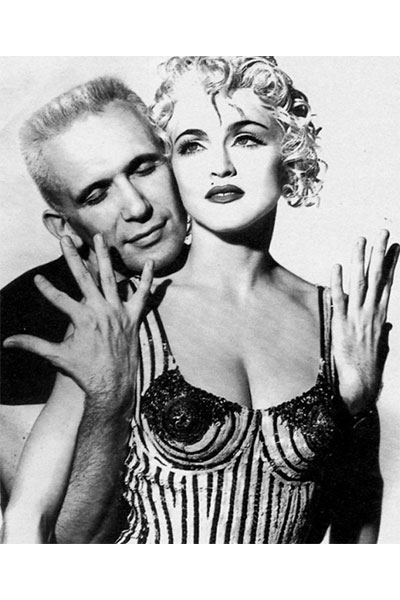 Of course, a conversation with Gaultier always includes questions about Madonna. He designed the costumes for the Blonde Ambition tour including the corset suit and cone bra. 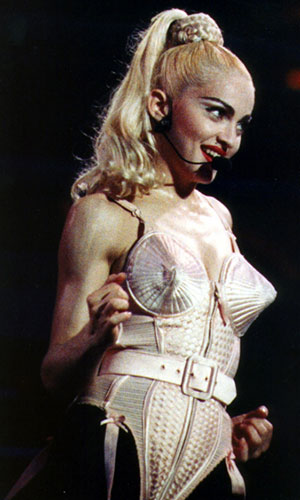 “Madonna knows exactly what she wants. Before she approaches you, she does her homework and knows exactly what you are known for and the items she wants. When we first collaborated, she was open to different ideas. But she’s become very specific and only wants what she has in her head. You know, Guy Ritchie was the only one who stood up to her and told her the truth.” He says that Madonna would go through a Vogue or Harper’s Bazaar and point out the exact fashion, makeup and hairstyles she wanted. Everything is planned out to the tiniest detail. 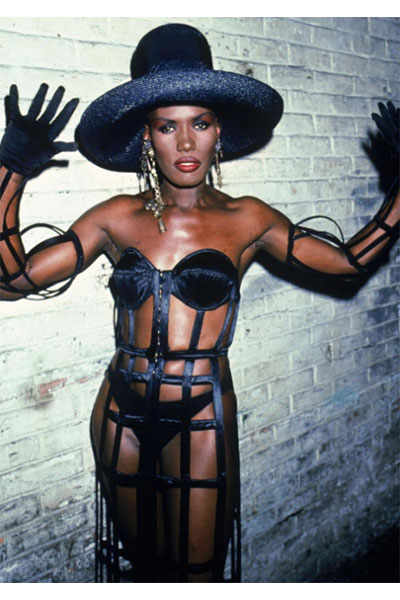 Grace Jones is another celebrity that Gaultier shares a close friendship with. “I was hoping to see her at the Toronto International Film Festival where her documentary is premiering, but there is a Dita Von Teese event at the same time,” he says. “Grace is a very smart woman. If you read her memoirs, you’ll see that she is a true artist. I remember seeing her first two shows at the Palace in Paris. She was known as a model then and people kept saying that there was no way she could sing. It was incredible. The entire performance was incredible.”

So what is coming up for Jean Paul? There is a rumoured new scent for 2018. But before that here is a sneak peek at holiday 2017. Gaultier Snow Globe Editions of Classique and Le Male. Expect these early November. 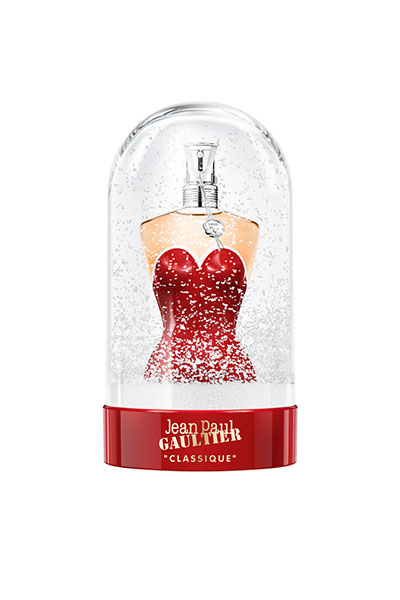 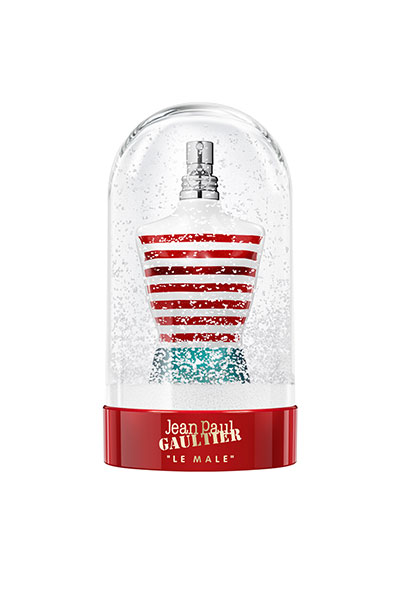 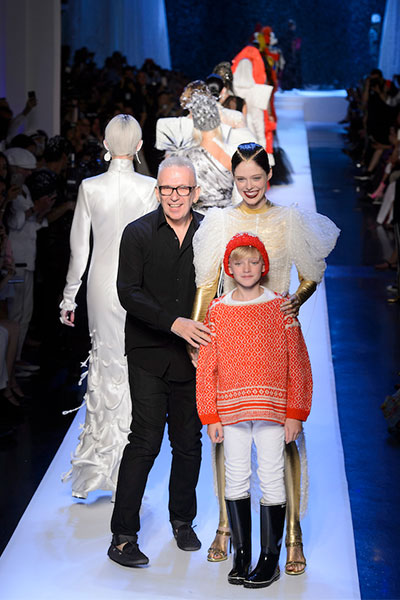 With lunch finished, Gaultier decides to visit Toronto’s Kensington Market to visit the vintage stores. “I always travel with an extra empty suitcase,” says his assistant. “He’s always looking for inspiration. It could be a fabric print, detailing or a silhouette.” With a big wave and smile he leaves the restaurant with the promise to return to Canada again soon. 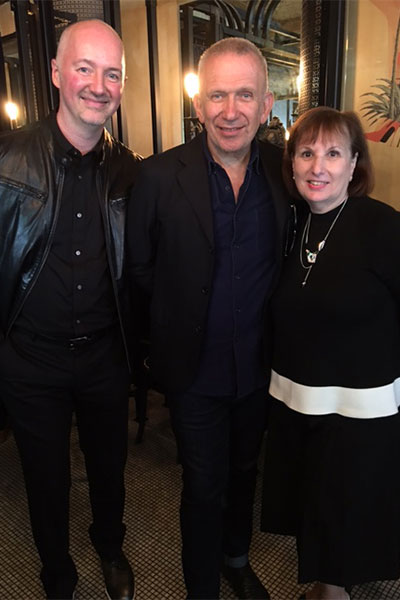