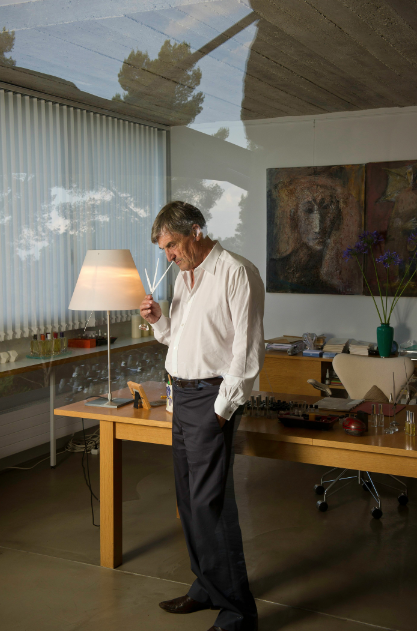 He composes his perfumes as he would writing a song. On sheets of white paper facing the Mediterranean. For him, fragrances have form…vertical..round. Paris editor Judith Ritchie discovers the genius of Jean-Claude Ellena. 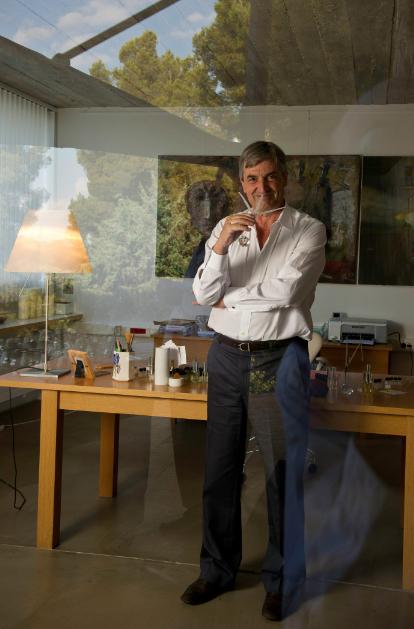 Hermes, one of France’s most beloved luxury fashion houses actually began in 1837 as a harness workshop catering to European noblemen. Thierry Hermes crafted some of the most exquisite wrought harnesses and bridles for the carriage trade. His son expanded the business in 1880 adding fine saddlery and most famously a Haut a Courroies bag that allowed the elite to carry their saddles with them. 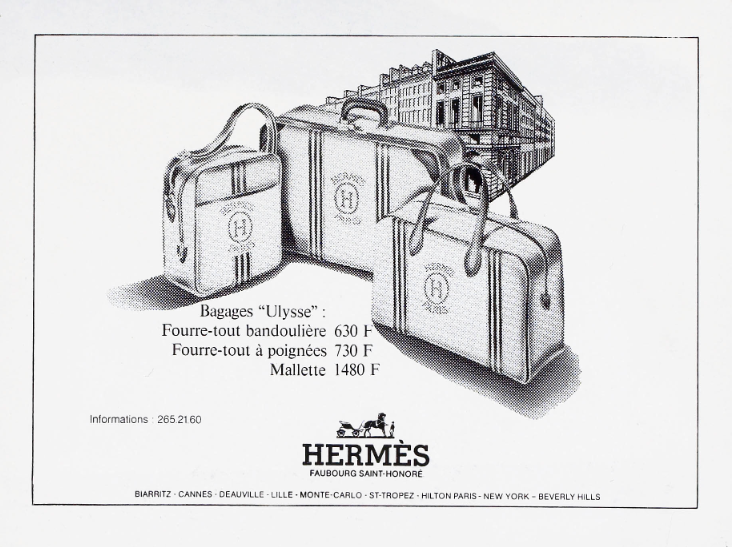 And while Hermes handbags were introduced as early as 1922, it wasn’t until 1935 that the company designed the leather Sac a depeches later renamed the Kelly bag in honour of Grace Kelly. It remains one of the most sought-after fashion accessories in the world with demand far exceeding supply.

Today, the brand is renowned for its artisanal craftsmanship. Employees spend decades learning how to perfect one small part of the design process. For example, a “Kelly” bag requires a craftsperson 18 hours to complete. Materials are rigorously scrutinized to ensure they meet the highest standards – whether they be fine silks for scarves or flower essences for luxury fragrances. Hermes is always tasteful, refined and intelligent.

I create all my fragrances in a small village called Cabris which is near Grasse. It is a beautiful place, I live in a designer house Hermes offered me early in my contract. There is a tranquility and peace there with no one overlooking me. I am wholly emmersed in the world of perfume, which is essential to my life. From my office, I see the Mediterranean. Outside, it is rocky, with tall Aleppo pines. The design of the house is very modern, a little Steve Wright.

I arrive at 8:30 in the morning. I feel the compositions of the day and I start writing with just a sheet of paper and a pencil. That is all I have I my office. When creating perfumes, one must have as little as possible around you because the slightest variation will cause you to feel differently. I have a big room that is my office and the laboratory is at the end, as far as possible from me, so I am protected from the scents.

I’m very disciplined. I can write 10 to 15 times per day. I write the formula, I give it to my assistant, who carries out the mixing and brings it to me half an hour later depending on complexity. Then I feel and start again. If I am working quickly, it means a hundred trials. On slower days, it can mean 300 versions.

Perfume compositions are all in my head. This is the same intellectual process as writing a text. You will read and tell yourself, no, it’s not exactly what I mean. And you rework your sentences. It ends when you think you have said everything. 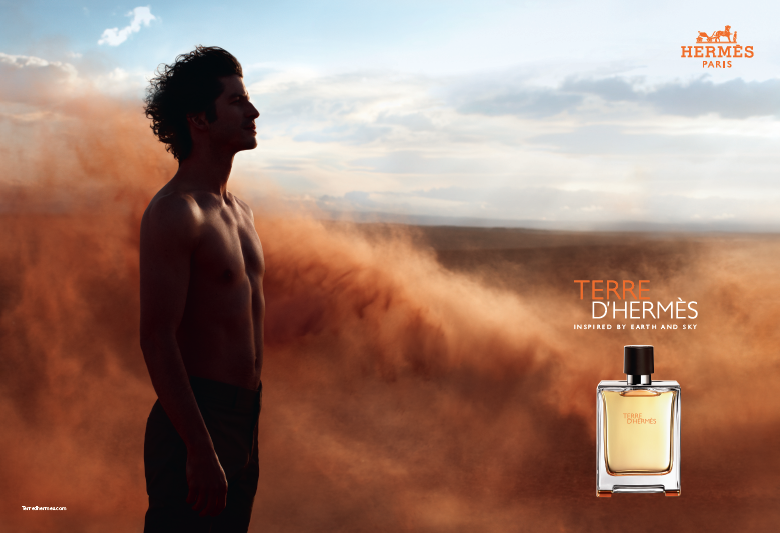 The bottle base: an orange “H” to represent the House. An Hermes saddle tack and hint of orange are a nod to the brand’s heritage.

I am a watercolorist and I was doing watercolors of Irish landscapes when I was creating this scent. I had realized that it was enough that I put a spike into my watercolor to represent the presence of humans. So I went on this notion of verticality with cedar, which is a vertical timber. The whole composition comes from the vertical idea, because the vertical, it is man. Then came the notion of flint. All children take two stones and rub them together to make sparks. When we do, that there is a little smoke from which has an odor. I recreated chemically, this evocation of a pure metallic smell, cold, burned. Wood, stone, earth.

I live with scents. These are building materials. I know them well. I know their character, their looks, their apprehension and possible combinations. That’s how I handle the smell. For me, the sandalwood, the wood is voluptuous, caressing, soft. I see them physically, I touch them. Then you need to stage them, clothe them, there is a relationship that is both emotional, loyal and disloyal.

The movie that best personifies Terre d’Hermes is a fake Western starring Robert Redford. It is very lonely. I like his vision of the harshness of life in nature.

The Rite of Spring by Stravinsky best describes this scent as it is part tribal rite.

If this scent was an Hermes accessory, I would go on the side of leather – something rustic and elegant.
I immediately thought of Jean Giono when creating this scent. Not only because I feel a close affinity with this writer, but because all of his work refers to his intimate relationship with the earth.”

The feeling I wanted to express was lying on the ground, gazing at the sky.

I chose Atlas cedar notes with its smell of churned, wet clay but also of human skin, of bodies after lovemaking. I like putting something human into a perfume.

I had a made-to-measure orange note created, one that would have no hint of foodstuff, but would be pure sparkle.

(description of scent with notes) a fragrance to be shared with him and her.

Voyages d’Hermes is a journey that was addressed to both men and women. The concept of gender should be set aside. That’s what I liked. Getting rid of a straitjacket.

We love to travel, but in comfort. If we could put our own house in a suitcase we would because it would be comforting. Especially for women.

So I thought a great deal about cold spices for a liveliness which awakens. The cold spices, like pepper, you give this spice in cooking that soon disappears, unlike the warm spices like cinnamon and cloves, where you have to have minutes of the spice on the palate.

When I compose I think neither man nor woman. I write for the pleasure of the smell. We need the smell to trigger an emotion, a feeling that is personal.
You will say “but it’s crazy,” but in my head, I saw the perfume stretched like a rubber band. The gin was the key ingredient to create this tension, this duality between the sweet and cold. Between the vamp and comfort.
If I had to pick a muse for this scent it would be jazz pianist Bill Evans. I am a fan. And his way of composing is still in the tight side.
The Hermes fashion item that best complements this scent would be a trunk, necessarily. A travel kit. Also a metal object. It could have been metal tin cups, because it has a smell too cold. A beauty cold that I like.
The soundtrack: Debussy’s La Mer. 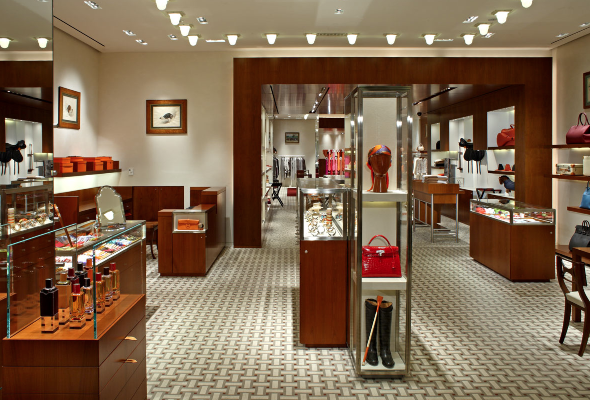