Miriam Nelson is the choreographer behind many of Hollywood’s Golden Age dance routines. She debuted on Broadway in 1938, and can be seen in 1944’s classic film-noir Double Indemnity, and 1961’s Breakfast at Tiffany’s, at Holly Golightly’s party. she has worked with Gene Kelly, Judy Garland, Doris Day, Ingrid Bergman, Fred Astaire and Bette Davis. At an appearance in Carmel-By-The-Sea California, she sat down with Beauty the guide for a chat on her 80 year career in show business. 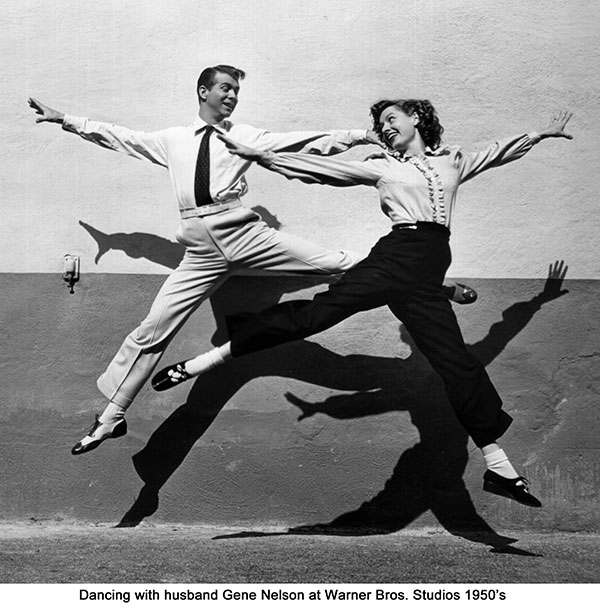 At almost 98, Miriam Nelson still lives a fully charged life. While in Carmel for Doris Day’s birthday celebrations this year, she made multiple appearances for interviews and talks, while fitting in a busy schedule touring the local sites. All after a 8 hour drive from her home in Beverly Hills. She also performed a tap routine for her audience that Doris Day had taught her 67 years earlier on the soundstage at Warner Brothers.

Miriam Nelson’s ‘discovery’ in Hollywood even beats Lana Turner’s sitting in Schwabb’s drugstore. Having married future Warner Brothers star Gene Nelson, the two moved to Santa Monica California in 1943 for a theatre production for Gene. Going out looking for movie-stars in Los Angeles as soon as they arrived, Miriam ran into a dancer she knew from New York who had just gotten a contract at Paramount Studios. He told her he could show her movie stars and invited her inside to the commissary for lunch where she spotted Ray Milland and Dorothy Lamour. Her former Broadway producer, Buddy DeSylva was now president of Paramount. 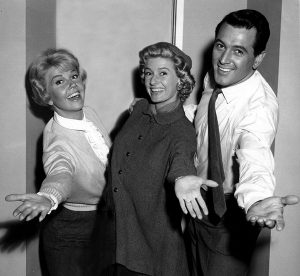 “‘Miriam’ he asked ‘how would you like to go to work for Paramount?’ Of course I jumped at the chance! By the time we arrived at the Business Affairs office, a contract had already been prepared. It was for seven years: acting and dancing. When I arrived home that night  I said to Gene ‘You’ll never believe what happened to me today!’ It was my first day in Los Angeles and I got signed to Paramount! It was like something you see in a movie.”

“I was hired to teach Kim (Novak) and Bill (Holden) to dance in Picnic, 1955. They would be filming all day and I would get them in the evening, when they were both tired. That wasn’t the only challenge I encountered. Kim was painfully shy and inhibited, not a good thing for a dancer, and Bill didn’t want to dance, so I had to deal with that. I also dealt with rehearsal conditions in Hutchinson, Kansas, which were unusual to say the least. We rehearsed at a jukebox joint surrounded by bar patrons. 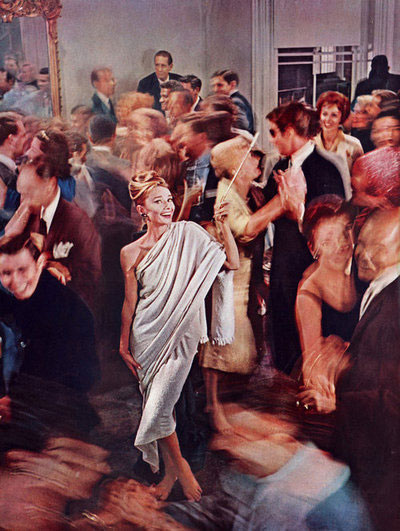 “I am a huge fan of Judy Garland, so I was thrilled when CBS hired me to choreograph Judy’s first television appearance. Every commercial break someone would grab Judy, throw her into her next costume and set her in her next position. By the time the show as over, all of us in the booth were wrecks. I don’t think Judy really knew what she had done during the entire show. There was a party afterwords and by then she seemed in pretty good control of herself. We all laughed a lot. Judy told me she had never worked with a woman choreographer before and she was terribly worried about it. She thought I would have her dance like some ‘damned ballerina.’ But she was very happy with the movements I gave her. Whew!” 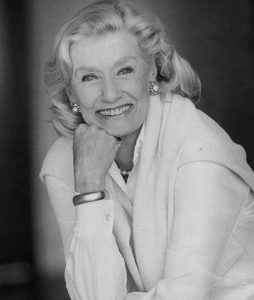 Choreographing the grand opening of Disneyland, 1955: “‘Open the drawbridge,’ an actor yelled. We had never rehearsed with children. The characters couldn’t believe their eyes when the gate opened and, instead of a few children, they saw hundreds of screaming children. So instead of beckoning the children into the castle, the children chased the Disney characters inside!”

Miriam Nelson’s autobiography My Life Dancing With The Stars is available at amazon.ca and amazon.com