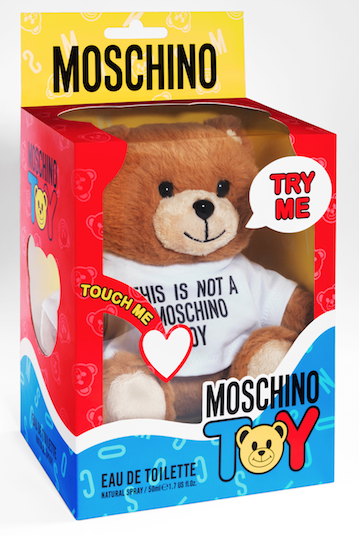 Is London-based fashion designer Jeremy Scott the new Andy Warhol? Since joining Moschino in 2013 as Creative Director, Scott has created ready-to-wear collections inspired by fast food, Sponge Bob cartoons and most recently for Spring 2015, the Barbie doll. In keeping with this approach, the designer recently unveiled a new fragrance named “Moschino Toy”. The unisex fragrance characterized by notes of bergamot, mandarin, juniper berries, cardamom, violet, lavender, hawthorn petals, cedar, sandalwood, vanilla and musk comes hidden inside a teddy bear. You actually remove the bear’s head to reveal the atomizer. The bear itself wears a t-shirt that says “This is not a Moschino toy.” It retails in Canada at Hudson’s Bay for $119.

The fragrance sold out in hours when it debuted at Harrods recently. One picture uploaded to Scott’s Instagram account sent fans running to the store to secure one. The ad campaign features model Isabella Fontana and was shot by Steven Meisel. 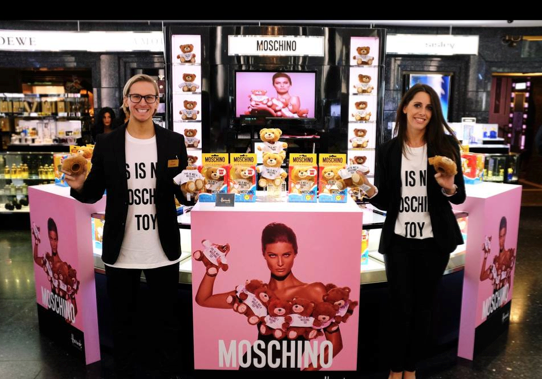