How long does your perfume last? Scott @madlc from Sarnia told us & won!

How long does your perfume last? Tell us & win! When actress Sarah Jessica Parker unveiled her first signature scent during the peak of her popularity on Sex and the City, fans and fragrance lovers alike were universally enthusiastic about the scent. It was a soft floral with a little bit of spice housed in a feminine, rounded bottle. Initial sales were very strong around the globe.

Shortly after the launch, I started to get emails from Cityline viewers saying the scent didn’t last more than an hour. They loved it but were disappointed with its staying power. For that reason, they didn’t repurchase. I hear this often with new fragrance launches.

Time and fragrance are closely connected. A perfumer needs to blend a scent that isn’t too overpowering but still lasts long enough to make an impression. “The tricky part with how long a fragrance lasts is the more you wear a fragrance, the less your nose registers it,” says Firmenich Fragrance expert Roman Poquet. “That is why it is important to have four or five scents that you rotate often. By doing this, you’ll notice the perfumes you truly love and you’ll smell the strength that others smell around you.”

Of course, when it comes to perfume, there are different concentrations. And each lasts a certain amount of time. For those that want their fragrances to last all day, opt for a parfum version. A tiny dab will last 8 to 10 hours. These versions are typically the most expensive because they have the highest percentage of oils.

Eau de parfum is the next strongest concentration of fragrance and these will last four to five hours with one spritz. If you find they wear off faster than this, try this pro trick: apply a the scented body lotion then spritz the scent over it. This step will add an extra hour to your fragrance.

Eau de toilette is the most common form of fragrance and one spritz will last three to four hours. Most men’s fragrances are produced in this format.

For those who really like light scents, eau de colognes or “splashes” as they are often called, are the best option. These work very well in hot, humid climates and are made to splash on liberally after a shower. 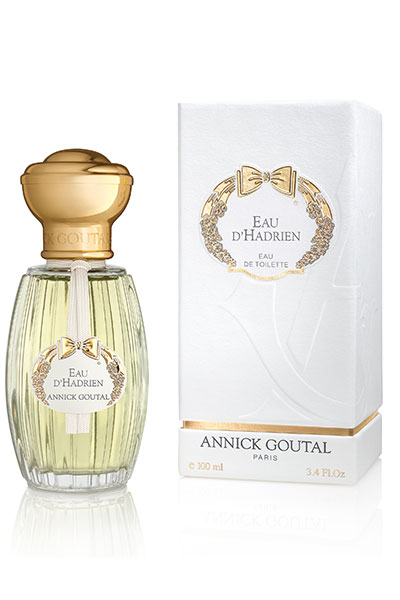 “Citrus notes burn off the fastest,” adds Marie Duron, Director of Perfume Development for L’Oreal in New York. “If you like the notes of lemon, mandarin, grapefruit and lime, expect them to last about 30 minutes.” The very finest citrus scent I’ve found is Annick Goutal’s Eau d’Hadrien, a classic in France. The lemon notes are so fresh and uplifting, it will instantly lift your mood. I find this scent lasts a little longer than most citrus fragrances. And it can be worn by women and men. 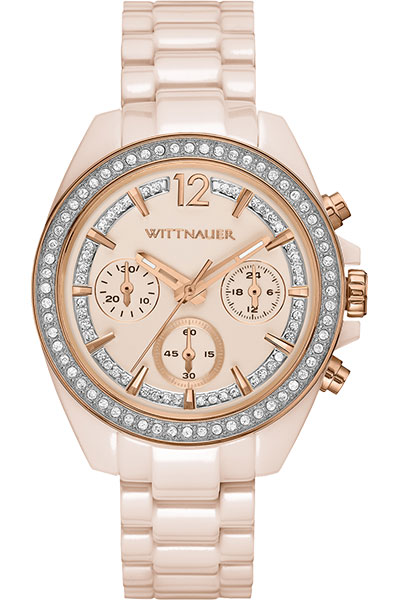 The Giveaway: This is kind of fun. Not only am I giving away a bottle of the wonderful Eau d’Hadrien, but I’m including this stunning Wittnauer Women’s Chronograph Blush Ceramic Bracelet Watch. (Wittnauer is a division of Bulova since 2001.) It’s inspired by the energy and elegance of metropolitan nightlife (hear that Nina?) and puts a new spin on a dress watch. I particularly like the rich luster of the ceramic band. The brand itself was founded in 1880 but is gaining a new following thanks to its updated styling. (I just learned Amelia Earhart made her first solo flight over the Atlantic with her Lockheed Vega-5B plane equipped with Wittnauer instruments.) Now you’ll be able to time how long your different fragrances launch. Does your eau de toilette really last three hours. And how long does your eau de parfum last? We asked readers to tell us how long your fragrance typically lasts in a blog post comment below. Scott @madlc from Sarnia told us and won! Congrats Scott!

Good news for fans of the Korres skincare line. Th

So interesting to see how beauty companies are mar

I’m thrilled to be giving away this charming lim

The concept of every Maison Margiela Replica scent

This is one of the most beautiful bronzing compact

So excited to be writing Sniff Test fragrance revi