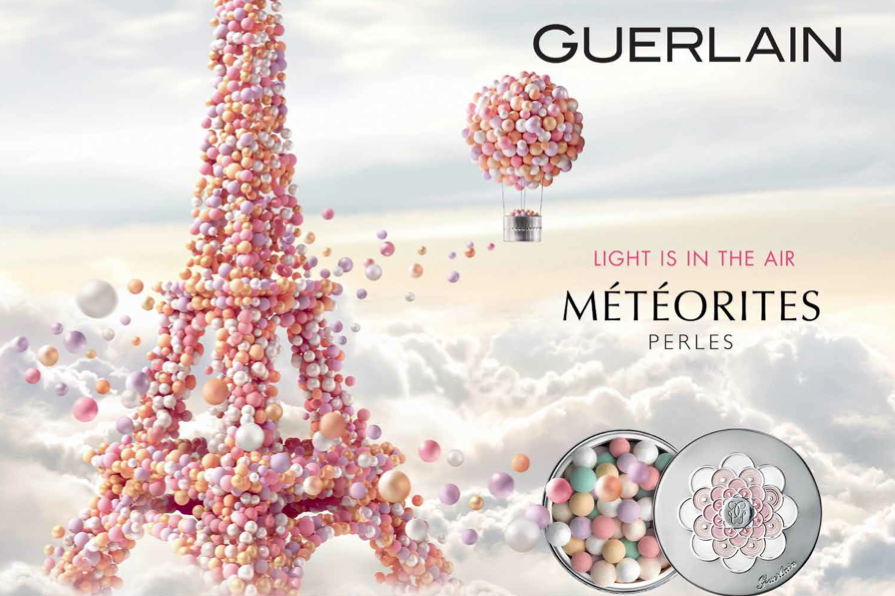 The luxury beauty brand to watch in 2014 is Guerlain, a French perfume house established in 1828 and purchased by LVMH in 1994. Bernard Arnault, Chairman and CEO of the luxury group, is said to be putting much of his attention these days on making Guerlain as well-known as Louis Vuitton and Dior, also under the LVMH umbrella. This started with a mammoth renovation of the Guerlain flagship store at 68 Avenue des Champs-Elysees that was completed in December of last year. The shrine to luxury beauty is breathtaking from the elaborate perfumery to the exclusive restaurant within.

But the biggest tip that Guerlain is serious about owning the luxury beauty market is the spring collection. You could call it a celebration of the brand’s iconic meteorite luminizing pearls, a wildly popular product that debuted in 1987 and remains a best-seller. The product has been reformulated to suit four different skin tones and comes with a limited edition pink loose powder brush. In keeping with the runway blush trend, there are a pair of Bubble Blushes to give an instant healthy glow to cheeks. Add in a clear gloss topcoat and a nail vernis to boost shine and you have one of Guerlain’s strongest colour collections in years.

It’s no surprise that the brand is playing on its rich French heritage. Pierre-Francois Pascal Guerlain and his two sons Aime and Gabriel opened their perfume store at 42, rue de Rivoli in Paris in 1828 to create custom fragrances for high society. The store came to fame in 1853 with the creation of Eau de Cologne Imperiale for French Emperor Napolean III and his wife Empress Eugenie. The success of this cologne earned Guerlain the title of “His Majesty’s Official Perfumer.” Word spread within royal circles and soon the family was creating perfumes for Queen Isabella II of Spain and Queen Victoria of England.

Aime took on the role of master perfumer and went on to create 1889’s “Jicky”, one of the first fragrances to use synthetic ingredients alongside natural essences. It was, in fact, the first fragrance to be described as “parfum”. Aime’s nephew inherited an innate talent for fragrance composition and accepted the role of the brand’s third master perfumer creating Mitsouko in 1919, Vol de Nuit in 1933 and Shalimar in 1925. The latter is still a best seller for Guerlain today.

Thierry Wasser was named the Guerlain’s in-house perfumer in 2008 and he brings a lightness to his creations. He works closely with Sylvaine Delacourte, the company’s Artistic Director. The makeup collections are the responsibility of Olivier Echaudemaison, a talented makeup artist who works closely with royal families across Europe. He was instrumental in selecting Russian model Natalia Vodianova as the face of Guerlain campaigns in 2008. “Every season, we fantasize with Natalia’s image and invent a new role role. She is a great actress and a true inspiration for me.”

If you are just discovering the Guerlain brand, start with Terracotta, the company’s bronzing line. It is often named the finest luxury bronzing product in the world and has won countless awards. The meteorite pearls is another star product that adds radiance and colour corrects at the same time. And if money is no object, Orchidee Cream is arguably the most luxurious face cream on the market. The anti-aging cream softens and pampers skin unlike any other.