Donna Karan to step down

Donna Karan to step down: American fashion designer Donna Karan has decided to step down as chief designer at Donna Karan International in order to spend more time on her philanthropic projects. The 66-year-old CFDA award-winning designer will remain a close adviser to the LVMH-owned company but will have the time to nurture her Urban Zen brand. Donna and her late husband Stephan Weiss founded the company in 1984 after Donna spent several years heading up design for Anne Klein.

When I interviewed her seven years ago, the seeds of this decision were already planted. You could tell her passion was to make the world a better place. When I told her that I practice reiki, she jumped out of her chair and put her hands over my head. 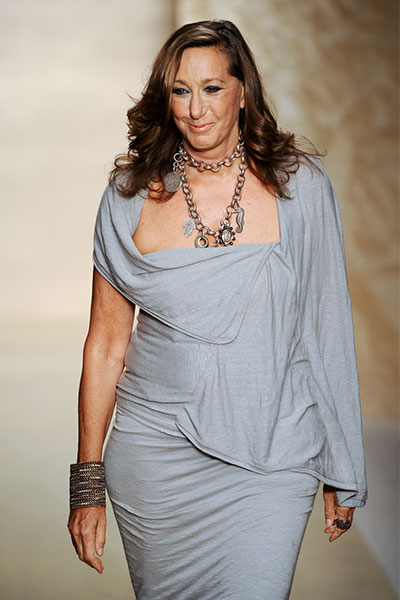 “You know, I’ve been surrounded by cancer all my life,” she told me quietly. “First it was my boss, Anne Klein, who fought the disease so passionately. Then my husband and years later my best friend. I feel I owe it to them to do everything I can to support both individuals going through cancer treatment but also their partners and families. I’ve been working to bring in holistic approaches to complement traditional treatments. It’s something I really believe in.”

One of the most fascinating things she told me is that fabric speaks to her when she designs. She has no idea what the silhouette or shape will be when she begins. “I start by draping fabric on a model and the fabric tells me what it wants to be. I can’t explain it. It’s just the way I’ve always done it.”

The Estee Lauder Corporation has the license to produce and market Donna Karan fragrances and will continue to do so. There are a few special projects coming in the near future. And Donna will soon publish her memoirs. I love the story that she was fired by Anne Klein TWICE early on in her career. But she worked hard and rose to top of the fashion world. She’s a special person.