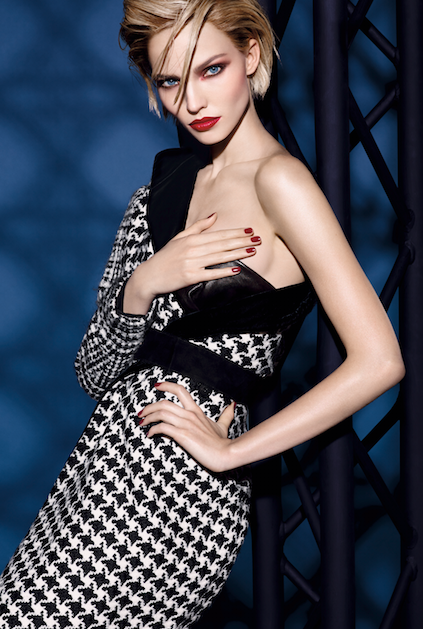 You could say Dior’s autumn 2014 makeup collection is an homage to the late couturier’s most iconic colour stories. Since 1947, the French fashion house has revisited the same themes that Christian favoured during his lifetime. For example, he used to say, “Pink is the colour of happiness.” On more than one occasion, he remarked that this shade was the “sweetest of all colours.” For this reason, Dior has designed a new  5 Colour Eyeshadow palette in “Tutu”, a range of feminine pinks and a warm lavender. It’s complemented by a pink nail lacquer and a lipstick. 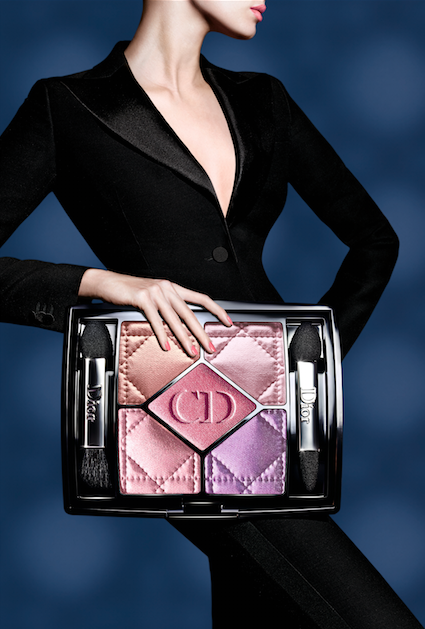 Red, on the other hand, is “a fashion statement”, a shade for women to wear when they want to be noticed said Christian. He loved to design evening gowns in a rich, red velvets and silks. “Trafalgar” is the name he gave to the powerful, red dresses he designed and it is the name of the second 5 Colour Eyeshadow palette for fall. The matching Vernis in Massai, is a dark, blue-red that is polished and sophisticated. There is a Rouge Dior lipstick to match. 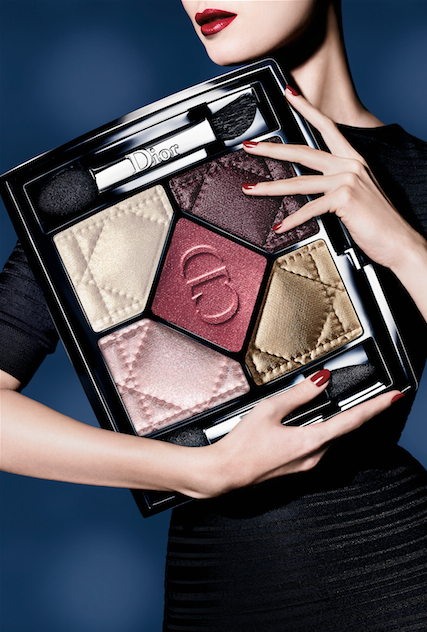 Of course, the signature colour of the House of Dior is a soft grey. It covers the walls of the Dior boutiques and store facades. Named after the iconic jacket silhouette, “Bar” is a sophisticated palette of  grey, white, black and a nude. It’s paired with a black polish and nude lipstick. It’s an understated and refined combination.

“Parisian blue embodies a mysterious seduction,” Mr. Dior once said and he used the colour liberally in dresses, hats and shoes. “Carre Bleu is a classic Parisian blue, the colour of the sky, the shades of the rooftops.” Again, the eyeshadow palette boasts five shades from a cloud blue to a deeper steel blue. Nails are painted deep ink blue and lips kept neutral to balance the look. 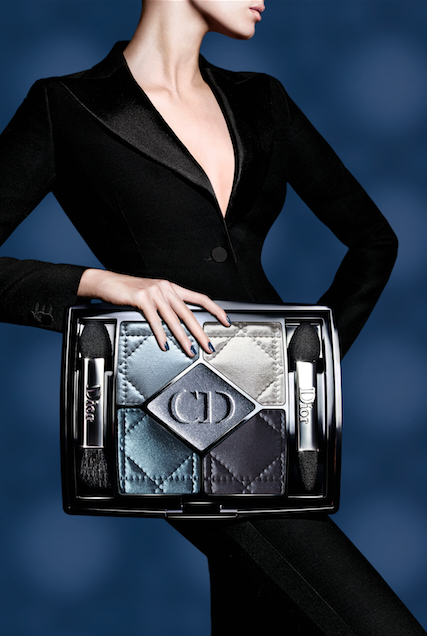 The final colour story is black. The designer called the shade “timeless” and “chic”. It was Dior’s use of a black and white houndstooth pattern in women’s wear that shocked and delighted women around the world. Previously, this pattern was relegated to menswear only. He loved the pattern so much he used it on the bottle of his first fragrance, Miss Dior. Fall’s “Pied-de-Poule” palette is inky blacks, ivory and a hint of blue paired with a dark red lip and a beige nail. Chic and Parisienne. 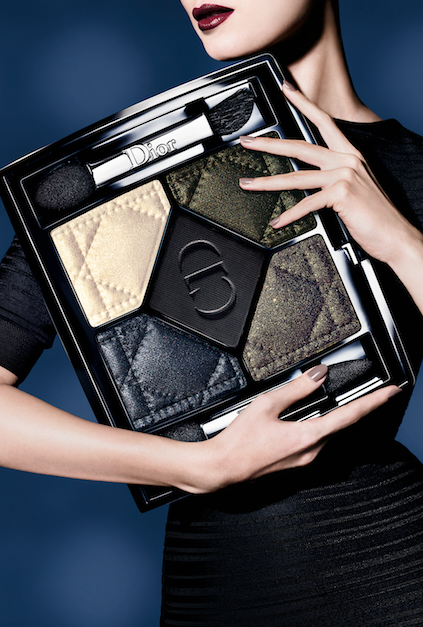 Dior Fall Look 2014 – 5 Couleurs is in store now. The five eyeshadow palettes each retail for $62, the five Rouge Dior lipsticks are priced at $36, and the five Dior Vernis sell for $26. Available at Dior counters.