Ck2 debuts! In hindsight, New York fashion designer Calvin Klein must be thankful he decided to retire when he did. It’s been over a decade since he handed the design reigns to Francisco Costa and walked away from the minimalist design he founded. When he left, Calvin Klein was the most recognized fashion label in the world generating millions of dollars in royalties from fragrance, fashion, home accessories and accessories. 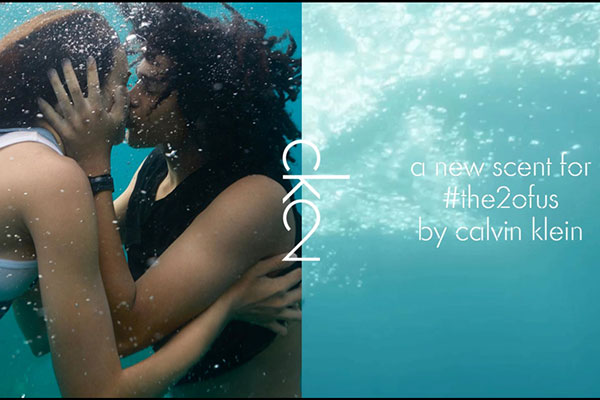 I briefly met Calvin at what turned out to be one of his last pr appearances. He was launching a men’s fragrance and his publicity department hosted a breakfast in the basement of his flagship store on Madison Avenue in New York City. This was just after Gianni Versace had been murdered and Calvin was understandably shaken by the news. No one knew he was going to make an appearance at the event but he arrived through the back door with four huge bodyguards dressed in black suits. I remember he was really thin at the time. He walked around the room greeting editors and then left within 15 minutes. 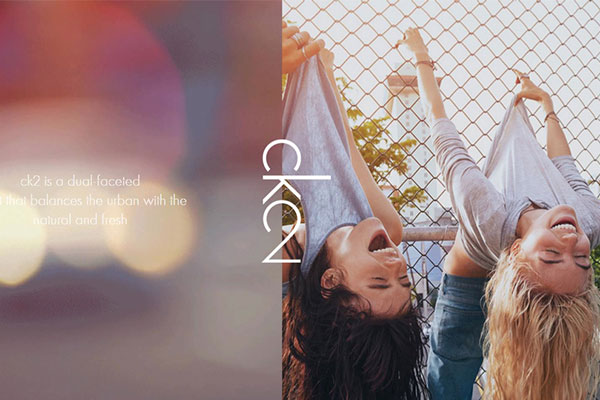 But that brief meeting was such a thrill. Love him or hate him, Calvin had a talent of registering the mood of society. He knew exactly when to launch a campaign and with what angle. When ckone launched with its androgynous models and alt art crowd feel, it captured the imagination of a generation. I remember huge lineups to buy that scent. And when Calvin followed up the audacious Obsession campaign with a naked Kate Moss, his Eternity theme of eternal love with Christy Turlington-Burns was the complete opposite. Again, it appealed to those tired of the overt sexuality of Obsession. I once spent the day with Christy just after Eternity launched and she was so sweet and thoughtful. Naomi Campbell may have been throwing phones, but Christy was a true professional. She did say to me she’d much prefer to be watching an old movie at home than doing an instore appearance. But she was charming and professional the whole day.

I wonder if Calvin would have the same ability to shock and surprise in 2016. In the age of Kanye West, Kardashians and social media, is there anything left we haven’t seen? Calvin Klein is about to introduce ck2, a gender-free fragrance that hopes to capture the magic of ckone. The advertising creative features four stories that fold into one another in unexpected ways that celebrate modern day relationships. It was shot in Puerto Rico by famed photographer Ryan McGinley with emerging artists: Victoria Brito, Dakota Garrett, Luka Sabbat, Erin Eiliopoulos, Kyle Mobus, Sung Jin Park and twin sisters Baylee and Kelsey Soles. The soundtrack is a song called “Radar” by indie-rock duo Danger Twins. The global hashtag is #the2ofus 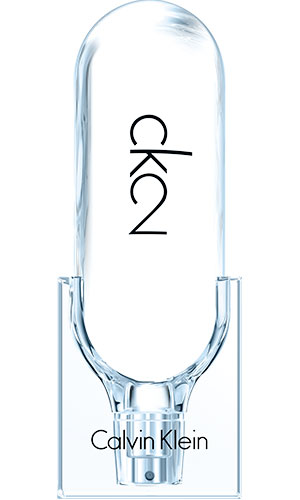 I’m most excited by the scent itself. It was crated by Pascal Gaurin of IFF and balances freshness with magnetic warmth. The fragrance opens with an unexpected spice of wasabi, mandarin, and violet leaf absolute. Heart notes include: wet cobblestone accord, orris concentrate and rose absolue. And the scent dries down with incense, vetiver and sandalwood notes. It was created to be worn by both men and women. The bottle resembles a glass cylinder that sits upside down on a clear stand. Ck2 debuts in February 2016.