Actor Chris Noth came to fame playing Detective Mike Logan on the police procedural series Law & Order. He followed that up with a starring role in HBO’s groundbreaking series Sex and the City. Now, he continues to impress with a recurring role on CBS’ The Good Wife where he was nominated for a Golden Globe Award.

On planning my career: I really don’t think you can plan an acting career. Every time I’ve tried, it’s never worked out.  You just have to take it day-by-day and look for the best material. I’ve been fortunate.

Keeping challenged: I’m looking for new things to do now. I get bored easily so I’m always on the look out for interesting new projects.  I try to do at least one play per year.

My favourite role: It’s always about the writing. What attracted me to The Good Wife was the writing in the pilot was superb. In that first scene where Juliana Margulies and I walk up to the podium – I had never seen anything like that on TV before. It’s tough to find really good scripts because so many movie roles are all about “brands” – the “romantic comedy brand”, the “action movie brand.” Then the cream of crop movies you see at the Oscars are few and far between, so it’s hard to get to the good writing. You really have to have your antennae out for that interesting writing.

The Montreal connection: One of my favourite roles was a little movie called “Bad Apple” that we shot in Montreal starring Robert Patrick and myself. I enjoy comedy a lot. I wish I could do more comedy but I haven’t gotten there yet.

Biggest misconception the public has about actors: They may think because of all the reality shows and pseudo-reality television that it’s just naturalism and anyone can do it. And that may be true to a point but in the arc of a career it’s not true. You need to study acting and practice your craft like any other discipline.

Biggest lesson you learned from famed acting coach Sanford Meisner at the Yale School of Drama: I think the best tip Sannie taught me was that what you do doesn’t depend on you, it depends on the other person.  Which takes you out of yourself and puts the focus on the other person. If you started crying right now, it would make me behave.  What you do affects me if I’m connecting with you. That’s the key to great acting.

My love of opera music: I sang throughout the entire photo shoot for the Biotherm Force Supreme campaign. (Noth was the face of Biotherm in Canada a few years ago)  I kept coming up with songs about the product that they cut out of the finished product unfortunately. I love to sing.

On hiding dark circles under my eyes: I often work 15-hour days so I get a lot of stress under my eyes.  When I discovered Biotherm Homme’s High Recharge Eye, I was amazed.  It is this narrow roller ball product that you use to roll on the product. It only takes a quick roll to make me feel and look better.  I honestly like and use this product.

The reality of film and TV makeup: I spend hours in a makeup chair each day so before I get to work in the morning, I want to get my face really clean.  That’s why I use these products. In fact, I’ll sometimes wash off all the makeup at lunch just to give my face a break. It really makes a big difference. An actor’s face can get really beaten up whether it is the extreme travel that I do or through sun or stage makeup.  It’s really just about treating yourself nicely. Look, there’s no fountain of youth. I just want to treat what I have well.

What’s on my iPod:  I have something on my iPod right now that no one else has: the soundtrack for the Last Tango in Paris. It’s so romantic. I’ve got a very eclectic mix of music: soundtracks from great old New York movies, Bob Dylan, Beatles, some Stones, Neil Young live.

The Canadian connection: Canada is like my second home.  I’m here all the time. I shot a movie in Montreal. I shot a mini-series in Toronto.  My girlfriend Tara has a tea shop called “Once Upon a Teacup,” in London, Ontario, and we’re waiting to open a shop here in Toronto. We’re working on that now. So I’m here all the time. I like Toronto because it is a modern city but it has the values of a mid-Western town in terms that it is quiet, it is polite, you can walk the streets without getting hassled. That’s not true in New York anymore. You have some space to breathe here.

My love of poetry:  Yes, I studied poetry before acting. I studied the history of it and wrote a little bit. I wrote a bunch of poems when I went to visit Vietnam in 2005. I did a play about the poet Delmar Schwartz who lived a tragic life. We did that at the O’Neil Festival in 2005.

Favourite poet: Delmar Schwartz is definitely one of them. He’s a very eclectic poet.  I love Yeats. I love Frost. I love T.S. Elliott.  I love Gary Stein. I’m not really good about the living poets today except one: Peter Defoe. He lives in the Berkshires and I’m actually on board helping with a documentary about this life.

On fashion:  I’m a very easy dresser. People ask me what’s the difference between me and Mr. Big and I say he’s put together so much better than me. I love Lacoste and Diesel.  I dress up in costumes every day for my work so I’m not going to do that in the rest of my life.  I do love a good suit. I wore this amazing John Varvatos tuxedo that I wore to the Vanity Fair Oscar party. It’s one of the best-fitting tuxedos I’ve ever worn. I love Calvin Klein too.  We’ve worn a lot of Hugo Boss in the TV series I’ve shot. In Law and Order Criminal Intent, they put me in Brooks Brothers suits – there are a couple of those I really like. I honestly love the way a suit makes me feel.

Favourite charity: The group I’m most involved with is Rainforest Action Network and they are an environmental group with their fingers on the hot issue buttons in the world. They aren’t as well known as Greenpeace, but they are an activist group. We’re going to raise money for them with an event in April.  There are so many problems facing the world today, however, there is one that trumps them all is whether we have a sustainable planet on which to live on. If we don’t, everything falls apart. We seem to be near the tipping point and it has got to stop.

Most charismatic person I’ve ever met: Paul Newman. I had dinner with him about three years before he passed away.  He was incredible just as you’d expect.

On Sex and the City fans: Usually, they scream when they see me.  That’s the reaction I seem to get when I’m walking around New York. Thankfully, that doesn’t happen in Canada. 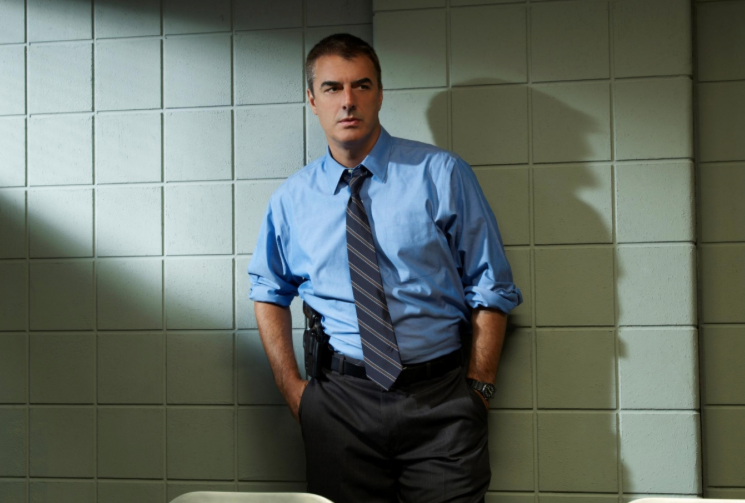