A history of the Carolina Herrera brand 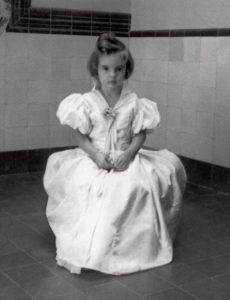 Carolina Herrera is a Venezuelan born American fashion designer, who is known for her elegance and class. Before becoming a designer, she was known as one of the best dressed women in the world, sometimes called “the Madonna of the white blouse”. Her designs are sophisticated, chic and classic, as are her fragrances.

Maria Carolina Josefina Pacanins y Nino, was born on January 8, 1939, in Caracas, Venezuela, to Guillermo Pacanins Acevedo, an air force officer and former governor of Caracas, and María Cristina Niño Passios. She was one of four daughters in a family who could trace their aristocratic lineage back to the 1500s.

When she was a young girl, her mother and grandmother, both socialites, introduced her to the world of fashion. They took her with them on trips to Paris, where they went to have clothes made by Balenciaga, Lanvin and Dior.

“My eye was accustomed to seeing pretty things” 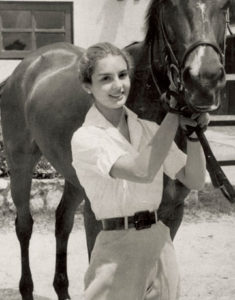 Carolina and her sisters grew up in a privileged environment. Their house had a governess and the surroundings were luxurious. Nevertheless, it was a very organized and disciplined home. Their mother insisted on a “right” way of doing everything and her four daughters were encouraged to develop more than just their outer beauty – they were expected to have intelligence and an inner life as well. Carolina became a skilled horseback rider and read avidly.

“My childhood was full of fantasy and fun. One of my favourite memories was playing dress up with my sisters. We had a governess who organized theater and plays like Cinderella and Snow White. My sisters and I would choose characters and act.”

At the young age of 18, Carolina was encouraged by her parents to marry a young man from an affluent Venezuelan family. They had two daughters together but the marriage ended after only a few years. She was the first person in her family to divorce.

With her two daughters, she moved back into her parent’s house and worked briefly in the city of Caracas as a publicist for fashion designer Emilio Pucci. 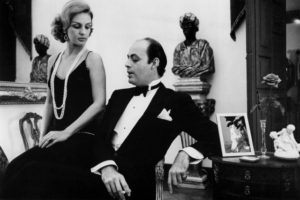 It was during this time that she reconnected with a childhood friend, Reinaldo Herrera, also from an aristocratic family. Reinaldo was the host of Buenos Días, a Venezuelan morning-television news program. The two married in 1968, and she wore a yellow organza dress with flower appliqués that she’d designed for herself. Carolina and Reinaldo went on to have two daughters and with Carolina’s two daughters from her previous marriage, they all went to live in the Herrara family estate called La Vega. It was a 65 room mansion built in 1590 and was said to be the oldest continually inhabited house in the Western Hemisphere.

Like many aristocratic young couples of the 1970s, the Herraras were part of the Jet Set. They travelled widely and shared a social circle that included Andy Warhol, Bianca Jagger and Princess Margaret of Britain. Due to her flair for fashion, Carolina began to appear on the International Best Dressed lists.

In 1980, she moved with her husband and children to New York. She was nearly 40 and was seriously considering starting some sort of fashion related business — namely fabric design. Her New York friends, magazine editor Diana Vreeland, and fashion publicist Rudi Crespi encouraged her to try designing an entire line of clothing instead. Her husband and mother in law were understandably skeptical since she had very little business sense and no experience. But Carolina was not deterred in the slightest and forged ahead with her plans. 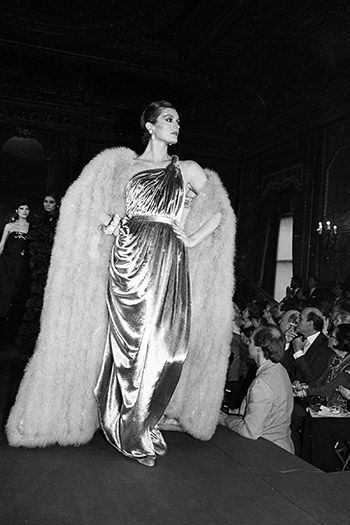 The first thing she did was bring about 20 dresses (made by her personal dressmaker in Caracas) to New York. She set up an impromptu viewing in a borrowed Park Avenue apartment and invited some of her socialite friends. Soon, buyers from some of New York’s best fashion stores caught wind of the viewing and and after seeing her dresses, wanted to take the entire line on the spot.

This was an incredible break for Carolina, but she didn’t have a company or any means to produce a full fashion line. Luckily, back in Caracas, she met publishing tycoon Armando de Armas who offered to back her. In a few months she was able to open her own design space and showroom on 7th Avenue in New York. Her first collection, shown in 1981 at the Metropolitan Club, was received positively. Her runway show included future supermodel Iman.

To begin with, her business only had a few employees but it soon grew rapidly. Her socialite friends were her first loyal customers, but in a short time, women like Estée Lauder and Jacqueline Kennedy Onassis became her clients. And after designing the wedding dress for Caroline Kennedy in 1986, Carolina Herrera became a household name in North America. As a result, she was able to expand her business into bridal wear and fragrances, along with a lower priced line called CH.

Reviews in the fashion trade journals were not always positive in the early years, and it did affect her. But due to her drive and ambition, she managed to learn from what was said, and further develop her craft.

Today, her fashions are worn by such celebrities as Sandra Bullock, Lady Gaga, Lupita Nyong’o, and Renée Zellweger. She also designed the wedding dress worn by Kristen Stewart as Bella Swan, in the movie Twilight, Breaking Dawn. 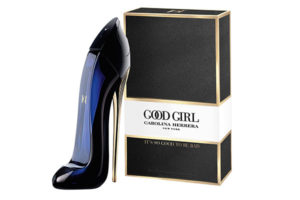 Her first fragrance, launched in 1988 was a jasmine scent based on a flowering bush that had been outside her window when she was growing up in Venezuela. The fragrance was a sensual blend of jasmine, tuberose, sandal, and amber.

In July 2016 Herrera announced the release of her new women’s fragrance, her biggest fragrance launch in 14 years. The scent is called ‘Good Girl’ and Karlie Kloss is the face of the fragrance.

“I have always been very curious, and the moment I finish with curiosity, I should stop and go someplace else. Perseverance, my dear friend, is what you have to have.”

1997: Gold Medal of the Queen Sofía Spanish Institute
2008: Lifetime Achievement Award from the Council of Fashion Designers of America
2004: Womenswear Designer of the Year
2011: “Mercedes-Benz Presents” title for her 2011 collection
2012: Fashion Group International Superstar Award, the Style Awards Designer of the Year.
2014: Couture Council Award for Artistry of Fashion.

Quick Fact:
Carolina Herrera has been on the cover of Vogue seven times.

“I like what I have done in 25 years. I feel very well through the ups and downs and happy to see where we have gone.” 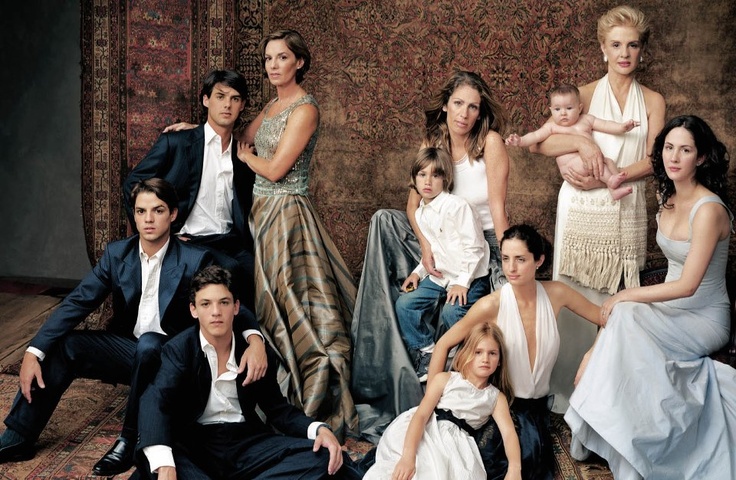 Carolina with her daughters and her grandchildren.