This month, I’m revisiting and celebrating some of my favourite fragrance and beauty launches of 2019. In a year packed with limited edition collections, celeb collaborations and some truly off-the-wall products, there were a handful of truly special launches that flew under the radar. Cosmetics and fragrance are two of the most competitive industries in the world. Competition for space, social media coverage and sales is fierce. And sometimes, great products and brands don’t get the attention they justifiably deserve. London-based niche perfumer Atkinsons is one of them.

Backstory: James Atkinson opened his soap and perfumes shop in 1799 in London, England, blending aromatic and intriguing scents often using flowers and ingredients found in the U.K. . His creations became so popular that he was appointed the official perfumer of the Royal Court of England in 1826. The perfumer was soon blending exquisite scents for the most aristocratic and exclusive clientele throughout Europe.

One of James’ most-beloved scents debuted in May 1929 as an homage to a compelling novel. French author, Alexandre Dumas had written a sprawling love story under the name “La Tulipe Noire”.

An extraordinary tale: The novel’s main character, Cornelius Van Baerle, is a young, passionate tulip-lover whose highest ambition in life is to cultivate a black tulip, an idea thought impossible at the time. After years of research and meticulous study, he succeeds. However, just as he is about to enjoy his success, a bitter rival falsely accuses him of high treason. Cornelius is condemned to life prison.

It is in prison that he meets the jailer’s beautiful daughter, Rosa, with whom he falls in love. In a desperate bid to preserve the precious black tulip, the young man bestows its bulbs to Rosa, who, true to her word, keeps the black tulip’s heritage alive by growing the magnificent flower in secret.

A symbol: Black tulip is a symbol for justice and tolerance in the U.K. But it is also a symbol for the most perfect and divine love between two people. The original fragrance was a tribute to French author, Alexandre Dumas’ compelling novel ‘La Tulipe Noire’.

Scent style: an alluring woody-floral with a sense of mystery

The bottle: the flacon is designed faithfully along the signature lines of the house’s original fragrance bottle. It’s engraved, gilded and stamped. The glass flask is an authoritative icon of neo-traditional design. 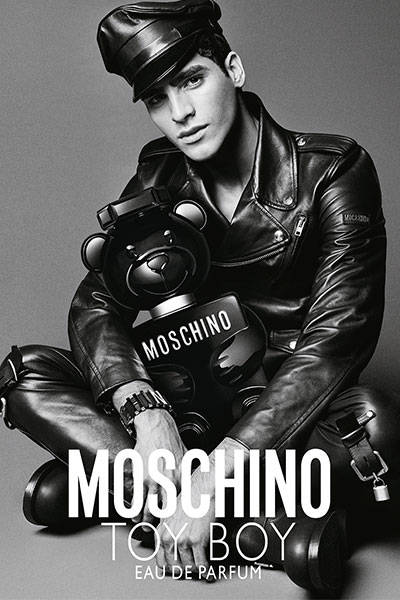 When it comes to makeup innovation, I always look

Setting up for my @cityline taping this morning. L

So excited to catch up with my dear friend @mayemu

Have you seen Moschino’s NEW Toy Boy? This woody